On 16 November 2022 the IOFS delegation, headed by H.E. Prof. Yerlan A. Baidaulet Director General, participated in the Crans Montana Forum (CMF) at the invitation of H.E Amb. Jean-Paul Carteron Chairman & Founder of the CFM.

The Crans Montana Forum is one of the world’s leading international institutions since 1986 and has become the most exclusive meeting place for high level Officials and top decision makers from governments and business. This year the Crans Montana Forum’s theme was dedicated to the world’s unexpected challenges such as the pandemic, war, political instability, financial volatility and the food crisis, and successfully gathered high-level stakeholders of Food Security from around the world.

On the first day of the Forum, the Director General of IOFS delivered a speech and co-chaired the session: One of the World’s Major Concerns: Food Security, Geostrategy and Climate Change Threatening Food Security. The program discussed the challenge of delivering sustainable food security for a population of over 9 billion in the coming decades.

A highlight of the forum was the awarding ceremony of the prestigious Prix De La Foundation (CMF Award) 2022 by HRH Prince Jean de Luxembourg at the CMF to H.E. Prof. Yerlan A. Baidaulet. This award is a reflection of the recognition of the growing role the IOFS plays in implementing the vitally important aspect of the global agenda.

It is worth noting, that the CMF Award brings together major modern advocates of Peace, Liberty and Democracy. The nominees are men and women of eminent merit, from all areas of social responsibility who have one common trait, their dedication for the fundamental values of democracy and their ardent desire to create a better and more humane world. Previous nominees of the award include, former President of the USA Barack Obama, former President of the Soviet Union Mikhail Gorbachev, current President of Turkiye Recep Tayyip Erdoğan, two former Secretary Generals of the United Nations Kofi Annan and Boutros Boutros-Ghali, and many more eminent leaders that have showed devotion to a noble cause.

The IOFS is encouraged by the position it currently holds in the international arena, as well the continued support of the hosting country Kazakhstan. The President of the Republic of Kazakhstan, Kassym-Jomart Tokayev has paid special attention to ensuring food security in both the global and regional level. At the 77th session of the UN General Assembly in New York, President Tokayev announced, «the intention to strengthen cooperation with the Islamic Organization for Food Security (IOFS), as well as with UN agencies,» in order to provide worldwide assistance in the formation of food reserves for large scale international humanitarian campaigns through IOFS.

Furthermore, during the CICA Summit, held on October 10-11, 2022 in Astana, the President of Kazakhstan noted, «CICA needs an effectively functioning mechanism for food security governance. Asia produces two-thirds of the world’s agricultural output but still remains vulnerable… Given the agricultural potential of our countries we could take measures to provide the countries in need with foodstuff and fertilizers.»

As a result of the Forum, IOFS signed two Memorandums of Understanding with the Crans Montana Forum and ECOWAS Bank for Investment and Development.

To conclude, the Crans Montana Forum was full of valuable discussions, constructive brainstorming and exchange of knowledge and high-level networking. Entering the realities of the new world, IOFS intends to continue taking all necessary measures to ensure sustainable food security with the support of all OIC member states. 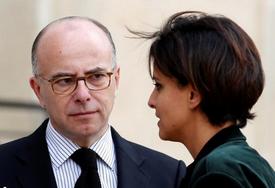