Iranian envoy to the United Nations has warned of “serious threat” posed against the entire region by emergence of terrorist groups in Afghanistan.

Addressing a UN Security Council meeting on the situation in Afghanistan, Iran’s deputy permanent representative to the UN, Zahra Ershadi, expressed concern over the reports on the resurgence of Daesh-affiliated terrorist groups in Afghanistan.

“The de-facto authorities must commit to fighting terrorism and ensure to take all appropriate steps to protect diplomatic and consular premises against any intrusion or damage and prevent attacks on diplomatic premises, agents, and consular officers,” she said.

“Afghanistan must no longer serve as a haven for terrorist groups like Daesh and al-Qaeda,” she added.

The Iranian diplomat urged the de-facto Afghan authorities to fulfill their international obligations as a member of the international community and to establish an “inclusive and representative” government that accurately reflects the country’s multi-ethnic society.

“Only a government comprised of all Afghans can guarantee and protect their rights,” Ershadi said.

Elsewhere in her remarks, the envoy stressed the importance of fighting drug trafficking, saying that Iran is directly affected by this menace and pays a high price for it.

“Over the past 40 years, Iran has played an active role in combating drug trafficking in the region, in which, nearly 4,000 members of Iran’s law enforcement forces have been martyred and over 12,000 others have been injured,” Ershadi added.

She also noted that Iran has used its capacities and resources to help the Afghan people overcome their challenges and said the Islamic Republic has been hosting millions of refugees who have unfortunately received minimal international assistance in the last 40 years.

After the Taliban takeover, Iran never closed its border with Afghanistan and thousands of Afghans have entered Iran on a daily basis since last year, she added.

“However, neighbors of Afghanistan, including Iran, should not feel all the burdens associated with receiving Afghan refugees. Other countries should welcome refugees as well,” Ersahdi pointed out.

She once again urged the international community to continue to assist Afghanistan, saying, “Other conflicts must not divert attention away from or ignore the situation in Afghanistan.”

“While humanitarian and development assistance is critical to keeping Afghans alive, maintaining basic services, and bolstering the economy, they are not long-term solutions and must be supplemented by sustained economic growth,” the Iranian envoy added.

She further emphasized the need to fully release the frozen assets belong to the Afghan people in full, “without being politicized or conditional in any way.”

Ershadi said, “Sanctions imposed on specific individuals and entities in Afghanistan must also not obstruct humanitarian, economic, or development cooperation with Afghanistan. The sanctions should not have an impact on efforts to revitalize the Afghan economy, as the Secretary-General has repeatedly called for measures to give the Afghan economy breathing room.”

She pledged the continuation of Iran’s efforts to assist the Afghan people and work with the war-ravaged country’s neighbors and other partners to “ensure durable peace and sustainable development in Afghanistan.”

Ershadi welcomed the appointment of Roza Otunbayeva as the Special Representative of the Secretary-General for Afghanistan and Head of the United Nations Assistance Mission in Afghanistan (UNAMA).

She vowed Iran will support UNAMA in its “efforts to address the humanitarian crisis and facilitate the intra-Afghan political process to promote peace and stability in the country.”

The Taliban, who had previously ruled Afghanistan from 1996 to 2001, took power again on August 15 last year as the US was in the middle of a chaotic troop withdrawal. The group announced the formation of a caretaker government weeks later.

Following the Taliban’s takeover, the US and its allies rushed to cut off Afghanistan’s access to international aid and froze nearly $10 billion in assets belonging to the country’s central bank. The International Monetary Fund and World Bank followed suit.

As a result of the humanitarian crisis, hundreds of thousands of Afghans have made their way across the border into Iran since last year. According to international aid organizations, around 4,000 to 5,000 people are streaming into Iran each day, escaping the horrors of poverty and insecurity fueled by the US and its allies.

Machines may get a “human” voice 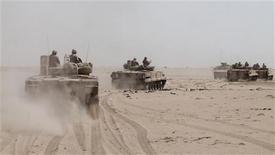