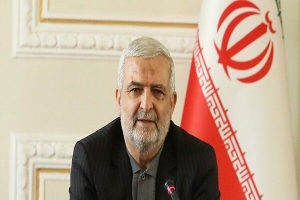 Referring to Tuesday’s conference on Afghanistan, Hassan Kazemi Ghomi noted that during the conference it was stressed that the way of getting out of crisis only begins inside Afghanistan.

He made the remarks after attending the Tashkent International Conference with the theme of “Afghanistan; Security and Economic Development” which was held yesterday.

“There is this readiness in the international community and the neighbors to start an active interaction with the authorities and people of this country to get out of the crisis,” the Special envoy of the Iranian President for Afghanistan Hassan Kazemi Ghomi wrote in a tweet.

The Secretary General of the Economic Cooperation Organization (ECO) also attended the conference and said that the organization is ready for comprehensive cooperation both in the region and in Afghanistan.

He went on to say that ECO considers the establishment of peace, stability and security in Afghanistan as the most important factor to support the process of reconstruction, development and socio-economic growth in this country.

These factors also play a key role in regional integration issues, supporting investment and trade activities in the region and its borders, he added.