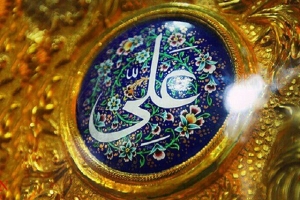 The 13th day of Rajab, the 7th month of the lunar calendar, is the birthday anniversary of Imam Ali (PBUH), the 1st Imam of Shia Muslims. Iran’s calendar marks the date as Father’s Day.

Imam Ali, whose birthday is an occasion to celebrate manhood, is respected by both Sunni and Shia Muslims for his honesty, belief, courage, knowledge, loyalty to Prophet Muhammad (PBUH), and devotion to Islam.

He was born in Kaaba in Mecca, Arabia (now Saudi Arabia), in 599 AD to Abu Talib, an uncle of Prophet Muhammad (PBUH) and Fatimah Bint Asad.

He was the first man (and the second person after the Prophet’s wife Khadijah) to convert to Islam after Prophet Muhammad (PBUH) received his divine revelation and declared Islam in public based on Allah’s order.

From 610 AD to 622 AD, Imam Ali spent much of his time providing for the needs of believers in Mecca, especially the poor, by distributing what he had among them and helping them with their daily chores.

On the night of the Prophet’s emigration to Medina, knowing that his enemies were plotting to assassinate him, Prophet Muhammad (PBUH) asked Imam Ali (PBUH) to take his place and sleep in his bed. The Prophet then left Mecca and reached Medina safely several days later (his arrival marks the beginning of the Islamic calendar). When the plotters entered Muhammad’s house with drawn daggers, they were deeply surprised to find Imam Ali (PBUH), whom they did no harm.

In 623 AD, the Imam married the Prophet’s daughter Fatimah (SA), who gave birth to Imam Hasan (PBUH) and Imam Hussein (PBUH), the second and third Imams of Shia Muslims.

Imam Ali (PBUH) took part in battles of Badr, Ohud, Khandaq, Khaybar, and many other battles that took place in the early years of Islam.

Imam Ali (PBUH) also collected all the Prophet’s explanations about Qur’an verses and the reasons behind their revelation.

In the time of three caliphs- i.e. Abu Bakr, Umar ibn al-Khattab, and Uthman ibn Affan- Imam Ali (PBUH) had no official place. But in cases, they asked him for any advice which was in the interest of the Islamic community, he did not hesitate.

Imam Ali’s Holy Shrine in Najaf covered with flowers on the occasion of his birthday anniversary.

When the third caliph was killed, people gave their allegiance to Imam Ali (PBUH) and he was chosen as Caliph.

During his caliphate of nearly four years and nine months, Imam Ali (PBUH) followed, exactly, the way of the Prophet and began many different types of reforms. Naturally, these reforms were against the interests of certain parties that sought their own benefit.

As a result, a group of the companions made a pretext of the death of the third caliph to raise their heads in opposition and began to revolt and rebel against the Imam.

On the 19th of Ramadan in 661 AD, he was struck in the back of the head with a poisoned sword while praying in the mosque of Kufa. He passed away two days later and was buried in Najaf, Iraq.

His shrine in Najaf is one of the most important pilgrimage sites among Muslims.

Numerous short sayings of Imam Ali (PBUH) have become part of general Islamic culture and are quoted as aphorisms and proverbs in daily life.

In the 10th century one of the outstanding Shia scholars, Sayyid Sharif al-Raḍi, assembled many of Imam Ali’s sermons, letters, and short sayings dealing with various subjects in the book Nahj al-Balaghah (The Path of Eloquence), which became one of the most widely read and influential books in the Islamic world.

Father’s Day in the Persian calendar coincides with the birth anniversary of Imam Ali (PBUH) for, in Islam, parents are given high status, and the Holy Quran has frequently urged Muslims to honor, respect, and obey their parents.

Father’s Day is a national holiday in Iran. Many seek ways to ways to express their gratitude and honoring their fathers on this day.

They take the opportunity to spend more time with their fathers and grandfathers, often expressing their gratitude and paying respects with flowers and gifts.

Since its establishment on 18 April 1982 under