The UN General Assembly has adopted a resolution calling for greater efforts to protect religious sites from acts of violence, and asking for 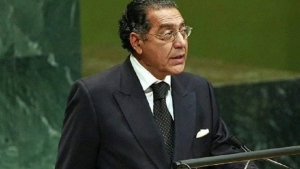 a global conference on the subject.

Titled “Promoting a culture of peace and tolerance to safeguard religious sites,” the resolution, adopted on Thursday, asks UN Secretary-General António Guterres to launch an international conference to discuss the best means of implementing the United Nations Plan of Action to Safeguard Religious Sites.

“Religious sites are representative of the history, social fabric and traditions of people in every country and community all over the world and should be fully respected as such,” the resolution says.

It highlights the increasing threats to culturally and spiritually significant sites by dangerous individuals and militias, who have at times destroyed religious property and illicitly trafficked artifacts.

The resolution denounces “all attacks on and in religious places, sites and shrines … including any deliberate destruction of relics and monuments” and condemns “all acts or threats of violence, destruction, damage or endangerment, directed against religious sites as such, that continue to occur in the world, and denounces any moves to obliterate or forcibly convert any religious sites.”

It calls on the governments to promote these religious sites as vulnerable targets and to implement safeguards to protect them. The resolution states that governments should assess risks and potential targets as well as “ensure that comprehensive measures are in place for the immediate response to an attack.”

“[We invite] all Member States to enhance education and capacity-building to counter incitement to violence through fostering the messages of unity, solidarity and interreligious and intercultural dialogue,” it said, calling for the promotion of peace and coexistence among different religions and cultures.