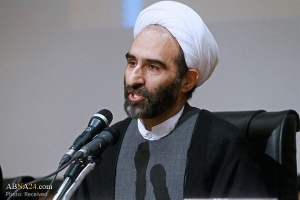 solidarity in the Islamic nation.

Ayatollah Ahmad Moballeghi, member of the Assembly of Experts, in his remarks in a meeting of experts at Shiaology Journal held on Saturday called the Shia community to redefine its identity in the modern world and boost its presence in line with teachings of holy Qur’an and Ahlul Bayt (AS), reported Taqrib News Agency (TNA).

He stressed that Islamic proximity is subsidiary to existence and respect for the different Islamic denominations.

Top cleric warned of repercussions of converting communities to Shia or Sunni, either overtly or covertly, although an overt conversion would lead to sectarian war, waste of assets in the Islamic nation.