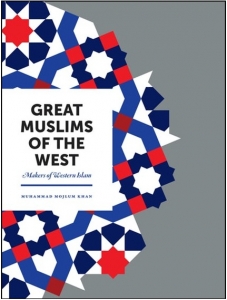 The contributions of some extraordinary Muslims of the West in recent history is surprising, revealing and, most importantly, worth celebrating.

Muslims have lived in the “West” for hundreds of years, yet the lives of all but a few are little known.

In this illuminating work, Muhammad Mojlum Khan sets out to change this by revealing the lives and impact of over fifty significant Muslims, from the founder of Muslim Spain in the eighth century to Muhammad Ali today.

This extraordinary book features biographies on the enslaved African Prince Ayuba Sulaiman Diallo, who was put to work in the tobacco fields of Maryland; Alexander Russell Webb, the voice of Muslims in Victorian America; and W.D. Muhammad, Elijah Muhammad’s son, who converted the Nation of Islam’s followers to an authentic version of Islam.

Muhammad Mojlum Khan was born in 1973 in Habigong, Bangladesh, and was brought up and educated in England. He is a literary critic, prolific writer, and a researcher in Islamic thought and history. He has published over 100 essays and articles on Islam, comparative religion, contemporary thought, and current affairs, and has been a regular contributor to The Muslim News. He has published two major works: The Muslim 100 and The Muslim Heritage of Bengal.

Muslims and Citizens Politics, and the French Revolution

By Ian Coller From the beginning, French revolutionaries