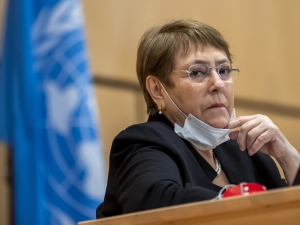 United Nations Secretary-General Antonio Guterres in his message on the International Day for Abolition of Slavery, December 2, 2020 said that over 40 million people are still victims of contemporary slavery of whom 71 percent are women and girls.

The full text of his message e-mailed to IRNA by UNIC in Tehran reads:

This year’s global protests against systemic racism have brought renewed attention to a legacy of injustices all over the world whose roots lie in the dark history of colonialism and slavery.

But slavery is not simply a matter of history.

Poor and marginalized groups, in particular racial and ethnic minorities, indigenous peoples, and migrants, are disproportionally affected by contemporary forms of slavery.

Today, I call on the Member States, civil society, and the private sector to strengthen their collective efforts to end these abhorrent practices.

I also call for support to identify, protect, and empower victims and survivors, including by contributing to the United Nations Voluntary Trust Fund on Contemporary Forms of Slavery.

Next year is the 20th Anniversary of the Durban Declaration and Programme of Action adopted by the World Conference against Racism and Racial Discrimination.

We cannot accept these violations in the 21st century.

The Swiss electorate will vote March 7 on