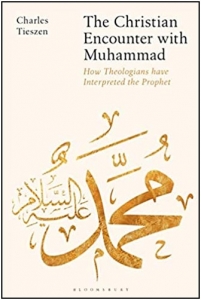 This book offers a fresh appraisal of Muhammad that considers the widest possible history of the ways in which Christians have assessed his prophethood.
To medieval Christian communities, Muhammad-the leader of a religious and political community that grew quickly and with relative success-was an enigma. Did God really send him as a prophet with a revelation? Was the political success of the community he founded a divine validation? Or were he and his followers inspired by something evil?

Despite their attempts, modern Christians continued to be puzzled by Muhammad. The Qur’an provided a framework for understanding and honouring Jesus; was it possible for Christians to reciprocate with regard to Muhammad?
This book applies the same analysis to both medieval and modern assessments of Muhammad, in order to demonstrate the continuities and disparities present in literature from the two eras.

“Throughout the centuries, Christian writings on Muhammad varied in tone though not so much in content. In response to Muslim veneration of Muhammad’s prophecy, Christians accused Muhammad of being both a false prophet and an unwitting Christian. Using a range of Christian perspectives from different historical contexts, Charles Tiezsen has written an informed, accessible and very valuable contribution to the growing literature on Christian-Muslim studies.” ―Mona Siddiqui, Professor of Islamic and Interreligious Studies, University of Edinburgh, Scotland, UK

“This is an extremely well-researched and careful presentation of Christian perceptions of Mu?ammad from late antiquity to modern times, from the Legend of Sergius-Ba?ira to Professor Lamin Sanneh. Each chapter will prove an invaluable resource for those seeking a deeper understanding of the long history of interaction between Christians and Muslims.” ―Sandra Toenies Keating, Professor of Theology, Providence College, USA

Charles Tieszen is SIS Adjunct Professor for Islamic studies and Christian-Muslim relations at Fuller Theological Seminary, US. He is Fellow of the Royal Historical Society and an editor for the project Christian-Muslim Relations: A Bibliographical History. He has most recently published Cross Veneration in the Medieval Islamic World (I.B. Tauris, 2017) and Theological Issues in Christian-Muslim Dialogue (2018) .