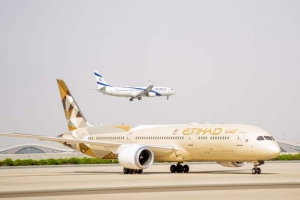 Saudi Arabia has permitted Israeli airliners en route to the United Arab Emirates (UAE) to fly over its airspace, according to the Israeli media.

Despite the lack of diplomatic relations between the two states, Saudi Arabia on Monday reportedly allowed Israeli aircraft to use its airspace on flights to the UAE.

According to the Israeli i24news, the Tel Aviv administration asked Washington to persuade Saudi Arabia to allow use of its airspace, and Jared Kushner, adviser to outgoing US President Donald Trump, stepped in and Saudi Arabia allowed Israeli aircraft to use its airspace.

This will help the route of Israeli flights to UAE — to start from this month onwards — shorten by half.

The permit was only valid for the UAE and Israeli companies will not be allowed to use the Saudi Arabian airspace for flights to other countries, added the local media report.

The UAE and Israel signed the US-sponsored agreements to normalize their relations in September, with the two sides inking a host of agreements in the fields of investment, trade, science, and technology.

The normalization agreements have drawn widespread condemnations from the Palestinians, who say the accords ignore their rights and do not serve the Palestinian cause.