January 25, 2021
Breaking News
2020-11-09
Abrar House
Home
Books
Faces of Muhammad Western Perceptions of the Prophet of Islam from the Middle Ages to Today 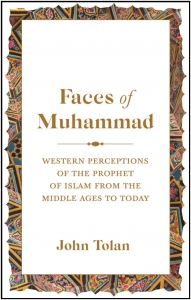 In European culture, Muhammad has been vilified as a heretic, an impostor, and a pagan idol. But these aren’t the only images of the Prophet of Islam that emerge from Western history. Commentators have also portrayed Muhammad as a visionary reformer and an inspirational leader, statesman, and lawgiver. In Faces of Muhammad, John Tolan provides a comprehensive history of these changing, complex, and contradictory visions. Starting from the earliest calls to the faithful to join the Crusades against the “Saracens,” he traces the evolution of Western conceptions of Muhammad through the Reformation, the Enlightenment, and the nineteenth and twentieth centuries, and up to the present day.
Faces of Muhammad reveals a lengthy tradition of positive portrayals of Muhammad that many will find surprising. To Reformation polemicists, the spread of Islam attested to the corruption of the established Church, and prompted them to depict Muhammad as a champion of reform. In revolutionary England, writers on both sides of the conflict drew parallels between Muhammad and Oliver Cromwell, asking whether the prophet was a rebel against legitimate authority or the bringer of a new and just order. Voltaire first saw Muhammad as an archetypal religious fanatic but later claimed him as an enemy of superstition. To Napoleon, he was simply a role model: a brilliant general, orator, and leader.
The book shows that Muhammad wears so many faces in the West because he has always acted as a mirror for its writers, their portrayals revealing more about their own concerns than the historical realities of the founder of Islam.

Review
“A perceptive, meticulous and unbiased critical assessment of the ‘changing, complex, and contradictory visions‘ of the prophet of Islam in European and American/ ‘Western‘ literary and academic works.”—Tauseef Ahmad Parray, Aligarh Journal of Quranic Studies
“A well-timed and long-awaited survey of the European portrayal of the Prophet of Islam.”—Elmira Akhmetova, Muslim World Book Review
“Faces of Muhammad is a learned, panoramic and fascinating book.”—Tom Holland, The Spectator

“John Tolan sets aside the historical Muhammad and Muslim portraits of God’s beloved Messenger to focus on Mahomet as European men have depicted him over the centuries. He shows how wildly varied versions of Islam’s prophet emerge and how they make sense within their own social, intellectual, and theological contexts. Nuanced and fascinating, Faces of Muhammad is a terrific read.”―Kecia Ali, author of The Lives of Muhammad