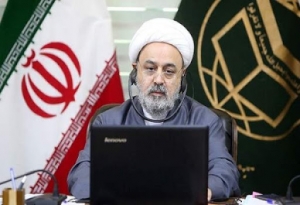 Hujjat-ul-Islam Hamid Shahriari, secretary general of World Forum for Proximity of Islamic Schools of Thought, stressed that the recent desecration of Islamic sanctities in France and Sweden meant to distract attentions from the main issue, normalization of ties between Arab states and Israeli regime.

Secretary general of World Forum for Proximity of Islamic Schools of Thought, in a video conference with Shiekh Zuhair Juaid from Lebanon’s Action Front, noted that facing two issues, desecration of Islamic sanctities and normalization of ties between Israel and some Arab nations would distract the Muslims from the main issue they should be focused on, reported Taqrib News Agency (TNA).

He said,” The recent sacrilegious efforts against Islamic sanctities was part of Zionist plot carried out at a certain time to distract the attention of Muslims from normalization agreement between Bahrain, United Arab Emirates (UAE) and Israel.”

“Naturally they would spark a crisis in the world of Islam in order to distract minds” said Hujjat-ul-Islam Shahriari and added,” Our responsibility is to boost solidarity among different denominations because that is also a key plot by the enemies.”

Secretary General of World Forum for Proximity of Islamic Schools of Thought also slammed the provocation of Shia and Sunni community in Pakistan by disrespecting a certain denomination as another instance of distracting minds from the crimes committed by Zionists, settlement expansion and normalization of ties with Arab states.

Hujjat-ul-Islam Hamid Shahriari warned of different crises challenging Muslim world calling on the Islamic states to join in a single front against Zionists.

The cleric made the comments in a video conference with Sheikh Zuhair Juaid from Lebanon’s Action Party as the Lebanese cleric called for more cooperation between the two Islamic centers in a bid to materialize joint objectives.