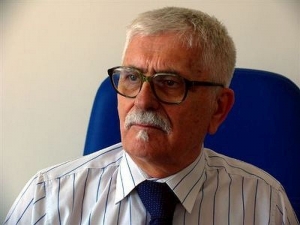 A Serbian professor said that in its measures against Iran, US President Donald Trump’s administration does not have the support of Europe and is politically isolated.

Bojovic, who served as the dean of Linguistics and Orientology Faculty in the University of Belgrade, added by intensifying political and economic moves against Iran, China, and other countries, as well as enjoying media support, Trump is trying to gain support from the Zionists to win the upcoming elections.

All the moves Trump makes is just for gaining consent of the Zionist regime and their lobbies in the US to be reelected.

Referring to the repeated failures of the US to isolate Iran in the United Nations Security Council, he added that US President Donald Trump does not have the support of Europe in its attempt with the UN Security Council against Iran and is politically isolated.

He dismissed the US terrorism accusations against Iran, saying the allegations are “empty” and “unfounded”, when Iran enjoys the support of almost all the UN members and that Iran has proved in practice that it is on top of the countries fighting terrorism.

Iran is the reason of peace and calm in the region and is among the countries that are loyal to their commitments to the UN, added.

Referring to the termination of arms embargo on Iran on October 18 and Trump’s attempt to extend it, he said definitely China, Russia, and many others will not support Trump’s plans to isolate Iran and continue sanctioning the country.

Iran uses domestically-developed conventional weapons to defend itself, he said, adding that Trump’s insistence to extend the embargo is just due to pressure from the Zionist regime and the powerful Zionist lobby.

The Serbian professor said that Iran has peaceful policy and has put forth proposals to the international community citing the proposal of “the World Against Violence and Extremism” (WAVE) which was passed by the UN General Assembly as well; he said that Iran cannot be accused of making weapons of mass destruction.

Referring to the recent agreement between Belgrade and Pristina in which the US had demanded transfer of Serbian embassy to the Holy Quds and mutual recognition of Kosovo and Israel, he said that Trump does anything to gain Israeli support and to win the US elections