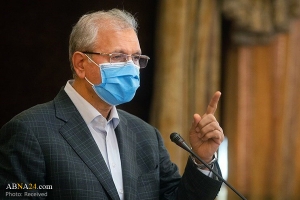 Government Spokesman Ali Rabiei said on Tuesday that Iran has no plans to hold Arbaeen processions this year due to restrictions imposed on public gatherings after spread of the coronavirus disease (COVID-19).

Rabiei made the remarks during a local press conference as part of his visit to the southeastern province of Sistan and Balouchestan.

Rabiei said that some people are fabricating false news to provoke Iranian people to rush to Iraqi border for Araeen rituals.

Noting the Iranian and Iraqi governments have already announced that there will be no rally on Arbaeen Day this year, the spokesman regretted that some Iranian citizens are still going to the Iraqi border.