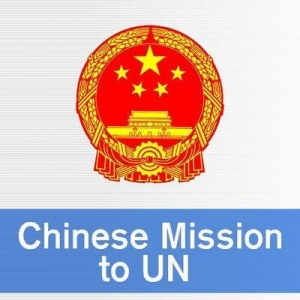 Chinese diplomatic mission in the United Nations in a message described US’ claim to restore sanction against Iran as devoid of legal effect, saying it’s time to end the political drama by the US.

“US unilateral announcement on the return of UN sanctions on IRAN is devoid of any legal, political or practical effect,” Chinese mission wrote on its official Twitter account on Sunday.

“All sanction resolutions related to #Iran will continue to be terminated as per #UNSCR2231. It’s time to end the political drama by the US,” it added.

“Along with other Security Council members, China reaffirmed strong opposition to US unilateral and illegitimate move of undermining #JCPOA and Council’s authority,” Chinese embassy noted.

Earlier on Sunday, Foreign Ministry spokesman Saeed Khatibzadeh said in his weekly press conference that Tehran’s message to Washington is that the US needs to stop roguery, if it wants to return to the international community.

Regarding the remarks made by US Secretary of State Mike Pompeo claiming that the UN sanctions on Iran would return, he said that with the measures taken by the US, the world has gained nothing but insecurity, war and instability.

The fruit of US ominous presence has been nothing for West Asia except for brutal wars; what is the US seeking is another roguery to be added on the previous list.

He also said that with insisting on its historic mistake, Washington is going to have the bitterest hours.