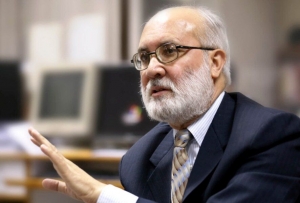 A senior Pakistani journalist says western media doesn’t enjoy freedom of expression which it claims, as the media industry in west is being controlled by biased governments to pursue their agendas.

In an interview with IRNA on Friday, Resident Editor of The News International, Rahimullah Yusufzai said no one can forget the martyrdom of IRNA journalist Mahmoud Saremi along with other Iranian diplomats, in Mazar-i-Sharif on August 8, 1998.

An expert on Afghan affairs said that the attack on Iranian journalist and diplomats was against all international laws and had no justification. “It was a brutal murder,” he noted.

He said the horrific incident got wide media coverage around the globe that had almost brought Iran and Taliban government of Afghanistan on the verge of war, however, the war was avoided through diplomacy.

He said that no doubt the western media is biased and doesn’t enjoy the freedom of expression which it claims. “They always portray the dark picture of the Islamic world,” he said.

The journalist expressing his views said the western media is being controlled by governments. “The western media always supports and defends the interests of their governments whether right or wrong due to the pressures on them,” viewed Rahimullah Yusufzai.

“It is wrong to say that western media is a free media,” he said.

He added that western media doesn’t say anything about the US military misadventures and its interference in other countries of the world.

The analyst said there is also no freedom of expression in those Muslim countries which have dictatorships.

Rahimullah Yusufzai viewed that that there should be no difference of opinion between the journalists and the media houses. “Journalists must not feel insecure while performing their duties,” he said.

He noted there should be no hurdle for the journalists in giving the correct information. He urged the media organizations to play an active role to protect the rights of the journalists.

The United Nations Special Coordinator for the Middle

Muslim Brotherhood pledged to continue the path of struggle

Islamophobia, xenophobia must be stopped