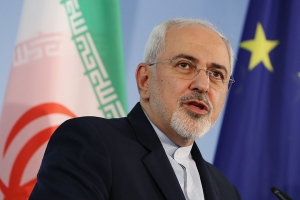 Iranian Foreign Minister Mohammad Javad Zarif in a message criticized Google for its biased translation of condolences to Lebanese people.

“When Persian speakers want to express their condolences to the Lebanese in Arabic or English, Google translates it as ‘congratulations’,” Zarif wrote in his Twitter account on Wednesday.

“Yet there is no such ‘technical glitch’ if one wishes to condole Israel or the US. What gives @Google?,” he added.

A massive explosion rocked the Lebanese capital of Beirut leaving a very high number of casualties.

Several smaller explosions were heard before the bigger one occurred.

Abbas Ibrahim, the head of Lebanon’s General Security, said that “highly explosive materials” ammonium nitrate confiscated earlier had been stored at the site.

Footage shared on the social media captured the moment of the bigger explosion, with columns of thick smoke billowing fast across several hundreds of meters and shrouding the area.

The tragedy has so far claimed at least 150 lives and injured over 4,000 people.