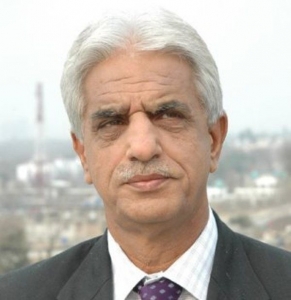 An editor of Pakistan’s renowned Urdu newspaper terming journalism as a difficult and challenging profession says international organizations are working to ensure the rights of the journalist community, however, some problems, including restrictions on freedom of expression, remain a major obstacle.

In an interview with IRNA on Thursday, Javed Siddiq, editor of daily ‘Nawa-i-Waqt’ said the ‘National Journalists Day’ reminds us that how much it is a challenging and dangerous profession.

He termed the martyrdom of IRNA journalist Mahmoud Saremi in Mazar-i-Sharif on August 8, 1998, by the Taliban group, a great loss to journalist fraternity.

August 8 is designated as National Reporter’s Day in Iran to pay homage to the martyred journalist.

Javed Siddiq added that each year dozens of journalists are being killed or abducted while performing their professional duties around the world.

He said that the basic job of a journalist is to keep the people informed about unusual things. “The journalists have to expose corruption, unlawful things and scandals,” he noted.

The editor said still journalists in many countries of the world are struggling for their rights.  He noted that despite many laws journalists are working in dangerous environments.

Javed Siddiq went on to say that according to data collected by the Committee to Protect Journalists, hundreds of journalists have been killed while performing their duties during the past years.

The senior journalist added that Pakistan too is not an exception and the journalists are facing problems regarding their life and job security.

He said that no doubt there are pressures on journalists from state institutions, from political parties, businessmen, etc.

“Even in Balochistan many journalists have been killed and abducted in the past”, Siddiq added.

“Journalism is not a smooth path you have to face difficulties but it happens across the world,” he said.

He said that sometimes journalists in Pakistan also complain about controlled freedom of expression which affects their professional duties.

Javed Siddiq said journalism is a challenging and thrilling profession and sometimes you have to pay the price for producing exceptional and sensitive stories around the globe.

He added that journalist organizations in the world and Pakistan are working to protect the rights of the journalists so that they can perform their duties without any fear.