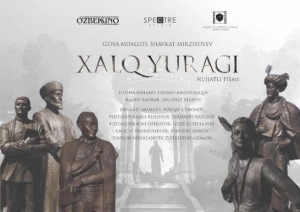 The film tells about this unique place, monuments erected to famous poets and writers, their work, as well as about poetic veranda located on the alley itself.

The shooting of the film takes place on the Alley of Litterateurs. The process is expected to be completed in August. The premiere is scheduled for early September.