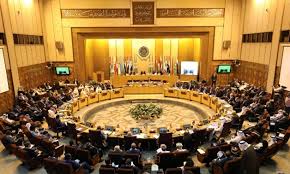 Speaking during a virtual meeting hosted by Jordan, the ministers reiterated their rejection of Israel’s illegal impending move to apply sovereignty over, or in other words to annex, the Jordan Valley and the illegal colonial settlements in the occupied West Bank.

“We reject the annexation of any part of the occupied Palestinian territories, and warn of the danger of annexation, which constitutes a violation of international law and undermines the two-state solution, the foundations of the peace process as well as the efforts towards just and comprehensive peace,” they said in a joint statement.

They called on the international community to take “clear and influential positions and actions” to prevent the annexation move and re-launch “serious and effective” talks to resolve the conflict based on the two-state solution in accordance with relevant UN resolutions, within the Quartet framework, and conclude a comprehensive peace agreement that ensures the Palestinian people’s full rights and Israel’s security.

The foreign ministers of Jordan, United Arab Emirates, Saudi Arabia, Egypt, Morocco, Tunisia, Oman, Kuwait, besides the Arab League Secretary General affirmed their adherence to the Arab Peace Initiative of 2002 as the most inclusive Arab option for the achievement of a just and comprehensive peace in the region.

The initiative calls for normalization with Israel in exchange for Israel’s withdrawal from all the territories it occupied in 1967 and the creation of the independent and sovereign Palestine State on these borders, with East Jerusalem as its capital.

“We renew our adherence to the Arab position expressed in the Arab Peace Initiative (API) that the two-state solution, according to the API and international law, is the only solution to the conflict, the achievement of a comprehensive peace and the establishment of normal relations between the Arab countries and Israel,” the statement read.

They stressed the need that Israel refrains from implementing the annexation move, shows genuine desire to make peace through the engagement in “serious, direct and effective” negotiations with the Palestinians to conclude a peace agreement based on the two-state solution and fulfills its obligations under all signed agreements.