Algeria announced that it would launch a new national plan for socioeconomic recovery, based on 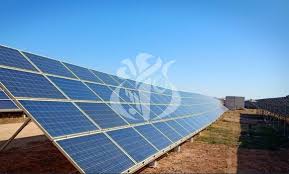 the diversification of growth sources, knowledge economy and the rational management of national wealth.

Algerian President Abdelmadjid Tebboune chaired on Tuesday a working session devoted to examining the draft national plan for socioeconomic recovery, to be submitted to the Council of Ministers in its coming meetings, the presidency said in a statement.

The concerned ministers attending the work session made presentations on the practical measures proposed to implement the government’s action plan, aimed at building a new national economy based on the diversification of growth sources, knowledge economy and the rational management of national wealth, the statement said.

During the debates, President Tebboune gave detailed instructions to all the ministers to carry out structural reforms as part of the government’s general policy, likely to ensure optimal and transparent exploitation of all the potentialities and national natural resources, starting with mines abound in Algeria. He stressed that building a new real economy requires changing mindsets, launching initiatives, removing bureaucratic restrictions, and reviewing existing legal texts or adapting them to a realistic spirit that stems from economic logic.