Iran’s Embassy in Baghdad in a statement on Monday evening condemned assassination of Hisham al-Hashemi, an Iraqi security officer. 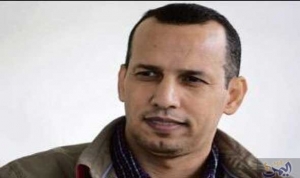 There is no doubt that supporters of such [terrorist] operations aim to undermine security and stability of Iraq in order to sow discord among the Iraqi people and bring back violence, the Embassy statement said.

The Islamic Republic of Iran always supports stability and security of Iraq, the Embassy reiterated.

Hisham al-Hashemi, 47, who had been coming back home from an interview with an Iraqi news network was shot dead near his home in Baghdad, Iraqi capital.

According to Iraqi sources, terrorist group of Daesh (ISIS) has claimed responsibility for the attack.

Al-Hashemi was a leading expert whose opinions were at the center of attention in the Iraqi political and media community.

His assassination has ridden a wave of anger at Iraqi society as it has called for identification of the culprits.