Palestine would lose between 550 to 600 million cubic meters of water in the case Israel annexes the Jordan Valley in the occupied West Bank, in addition to not less than $3.5 billion in loss of 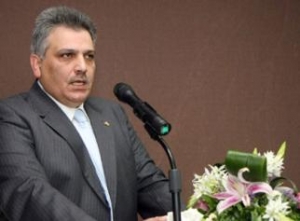 economic opportunities, said the head of the Palestinian Water Authority.

Mazen Ghoneim told Palestine TV on Wednesday that the economic opportunities that will be lost include loss of 73,000 job opportunities in addition to losses to the agriculture sector.

“If the annexation is implemented, it will lead to an increase in imports, a decrease in the percentage of the agricultural sector’s contribution to the national product, and an increase in unemployment among farmers,” said Ghoneim.

Ghoneim indicated that the average Palestinian’s share of water is 83 liters per day, although the World Health Organization (WHO) has set 100 liters per day as a minimum, and there is a disparity in the water consumption of individuals according to their areas of residence. While the Israeli settler gets at least 400 liters of water per day, and often more than that, the Palestinian in the south of the country gets no more than 23 liters of water a day.

The Palestinian official noted that in Gaza the per capita share is 22 liters per day because 97% of the coastal aquifer is not fit for human use. As a result, the Water Authority is working on a water desalination plant project in Gaza to overcome this crisis.

Ghoneim said the Dead Sea is 54 kilometers long, of which 18 kilometers are in Israel and 36 kilometers in the West Bank, which means if Israel controls it, Palestine will lose the right to be a country sharing the Dead Sea in the Med-Dead Canal project, which is supposed to benefit Palestine, Jordan, and Israel.

The Water Authority head said Israel has diverted the Jordan River water that was flowing into the Dead Sea, which led to its drying up as the water level goes down one meter every year. He said Israel makes billions of dollars from its use of the Dead Sea minerals while the Palestinians are unable to benefit from it even though it is a riparian state, yet it cannot reach its shores.

He said international studies showed that the Dead Sea and the Jordan River tourism could bring to the Palestinians some $900 million in revenues annually, in addition to the possibility of creating hundreds of job opportunities.

At least 20 people have been killed and several injured in a collision between a bus carrying Sikh pilgrims and a train near Pakistan’s eastern city of Sheikhupura.

Pakistan Railways spokesperson told that the collision occurred at a railway crossing located between Farooqabad and Bahali Wala on Friday.

All eight injured are being shifted to District Headquarters Hospital, Sheikhupura, according to Rescue 1122 officials.

Around 25 Sikh pilgrims were going to Gurdwara (Skih temple) Sacha Sauda from Peshawar while the train was enroute to Lahore from Karachi.

Hospital sources said some of the injured are in critical condition.

This is the second major train accident in Pakistan in the past four months.

The Vatican, in a highly unusual move, summoned both the U.S. and Israeli ambassadors to express the Holy See’s concern about Israel’s moves to extend its sovereignty to Jewish settlements and the Jordan Valley in the West Bank.

A senior diplomatic source told Reuters that Parolin met the two envoys separately, a detail which was not clear in the Vatican statement.

It said Parolin, the Vatican’s top diplomat, expressed “the concern of the Holy See regarding possible unilateral actions that may further jeopardize the search for peace between Israelis and Palestinians, as well as the delicate situation in the Middle East”.

Israeli leaders decided in May that cabinet and parliamentary deliberations on extending Israeli sovereignty to Jewish settlements and the Jordan Valley in the West Bank, in coordination with Washington, could begin as of July 1.

But with no agreement with Washington yet on the modalities of the move under a peace proposal announced by U.S. President Donald Trump in January, and talks with the White House still underway, no cabinet session was scheduled for Wednesday.

The Vatican statement reiterated its position in support of a two state solution, saying “Israel and the State of Palestine have the right to exist and to live in peace and security, within internationally recognised borders.”

The Vatican appealed to Israelis and Palestinians to do everything possible to reopen the process of direct negotiations on the basis of U.N. resolutions.

Palestinians seek the West Bank for a future state. In a show of Palestinian unity, some 3,000 people in the Gaza Strip, including members of the mainstream Fatah party and the rival Hamas group that runs the enclave, protested against annexation.