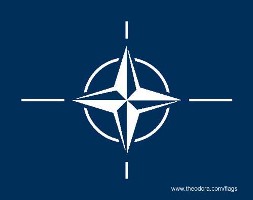 between French and Turkish warships did not back Paris’ claims.

Ties between NATO allies France and Turkey have soured in recent weeks over Libya, Northern Syria and drilling in the eastern Mediterranean.

France has been especially angry after accusing Turkish warships of being aggressive towards its Courbet warship after it attempted to inspect a vessel in June that it suspected was violating a United Nations arms embargo on Libya. The Courbet was operating in the NATO Sea Guardian operation.

NATO opened an investigation after France protested during an alliance defence ministers meeting in June.

“It seems that the NATO experts did not reach the same conclusion. I had the information yesterday, it seems that the Courbet is withdrawing from this NATO exercise,” envoy Ismail Hakki Musa told a hearing in the French Senate.

French newspaper L’Opinion reported on Wednesday that France had sent a letter to NATO informing the alliance of its decision to suspend its role in operation Sea Guardian until it had clarifications.

The French Armed Forces Ministry, Foreign Ministry and Allied Maritime Command, which heads up Sea Guardian, did not immediately respond for comment.

France has said that on June 10 Turkish warships flashed their radar lights three times at the Courbet and that Turkish sailors had also put on bullet-proof vests and stood behind their light weapons during the incident.

Musa denied the French account and told senators that it was the French warship that had been aggressive.