Saudi Arabia has proposed a framework to end the latest standoff in southern Yemen between nominal allies under a Saudi-led coalition, three sources said, as violence escalates with the Iran-aligned Houthi movement in the north of the country. 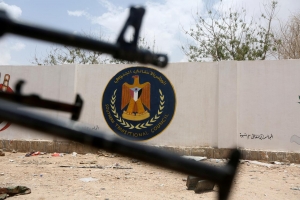 The STC in April declared self-rule in Aden, interim seat of the Riyadh-backed government, and in other southern regions, risking reigniting violence between the two sides, both members of the anti-Houthi alliance.

Three sources with knowledge said Riyadh submitted a proposal, seen by Reuters, to implement a power-sharing deal brokered by Saudi Arabia last November but which stalled.

It calls for a ceasefire in Abyan province and for STC to rescind emergency rule. Thereafter Saudi-backed President Abd-Rabbu Mansour Hadi would appoint a governor and security head for Aden, and name a premier to form a cabinet that includes the STC.

The STC would then remove its forces from Aden and redeploy in Abyan, following which the new government would be formed.

Mistrust remains an obstacle to Riyadh’s attempts to prevent another front in the multifaceted war it seeks to exit, goals that have gained urgency ahead of its hosting of a G20 summit in November and as Yemen struggles with a coronavirus outbreak.

Two of the sources told Reuters the STC, which is backed by coalition partner the United Arab Emirates, wants the cabinet formed before moving its forces.

Hadi’s government was ousted by the Houthis from the capital, Sanaa, in late 2014, prompting the coalition to intervene. The war, which has caused the world’s largest humanitarian crisis, has been in stalemate for years.

Riyadh late last year launched indirect talks with the Houthis, who say they are fighting a corrupt system. The conflict is seen in the region as a proxy war between Saudi Arabia and Iran.