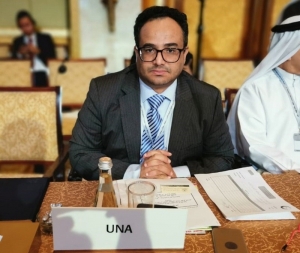 The Union of OIC News Agencies (UNA), in partnership with the Department of Information at the General Secretariat of the Organization

of Islamic Cooperation, and the Islamic Broadcasting Union (IBU), will organize a virtual workshop (via video) on Tuesday (23 June 2020) on “Methods of fact-checking news during crises and spread of rumors (COVID-19)”.
UNA Assistant Director Zayed Sultan Abdullah said the workshop comes in its second version in French after conducting the first version in Arabic on June 8, as part of the outputs of the Union’s first forum entitled “The Role of News Agencies in Supporting Anti-Coronavirus Efforts”, held on 16 May under the patronage of Saudi Acting Minister of Media, Chairman of the Union Executive Council H.E. Dr. Majid bin Abdullah Al Qasabi.
The workshop also comes in implementation of the decisions of the Islamic Conferences of Ministers of Information and the General Assembly of the Union calling for support to the media program on the African continent, to highlight its position and role in the Islamic world, as well as participating actively in implementing joint programs to develop the capacities of media professionals in Africa.
Abdullah explained that the workshop aims to develop the skills of media personnel on methods of verifying information and news in times of crises and spread of rumors, and how to deal with open-source information during crises and pandemics, especially the coronavirus pandemic.
He added that the workshop also seeks to entrench the role assigned to official news agencies and respectable media outlets in refuting rumors, exposing fake news and spreading the truth, in addition to how to fact check the news on social media networks.
The UNA Assistant Director noted that registration to attend the workshop is open to media professionals from news agencies, radio stations, TV channels, and the media outlets accredited in the OIC countries through the following link:
https://us02web.zoom.us/webinar/register/WN_-mMNTds5SCiwKVN0U-nsnA
Or through the Union’s website: una-oic.org