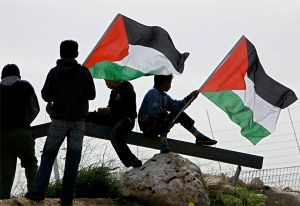 Rising tensions and instability across the globe, particularly in the Middle East, underscore the need to resolve the decades-long conflict between Israelis and Palestinians, UN Secretary General António Guterres told the Security Council on Tuesday.

With the Palestinian President present in the Council chamber, together with Israel’s Ambassador, the UN chief reiterated the Organization’s continued support for a two-state solution: “This is a time for dialogue, for reconciliation, for reason,” he said.

“I urge Israeli and Palestinian leaders to demonstrate the necessary will required to advance the goal of a just and lasting peace, which the international community must support.”

The US plan would legalize Israeli settlements in the West Bank and East Jerusalem and allow annexation of parts of the West Bank, while Jerusalem would remain the “undivided” capital of Israel, among other proposals.

For his part, UN Special Coordinator for the Middle East Peace Process Nickolay Mladenov reported that it has been rejected by the Palestinian Government, the League of Arab States, the Organization of Islamic Cooperation (OIC) and some members of the African Union.

“Today is the time to hear proposals on how to move the process forward,” said Mladenov, “and to find our way back to a mutually agreed mediation framework that ensures meaningful negotiations can restart.”

He added that there had been a violent reaction throughout the occupied West Bank and in Gaza shortly after it was unveiled.

“Just as unilateral steps will not resolve the conflict, those who reject the proposal should not turn to violence.  That would be the worst possible response at this sensitive moment,” he said.

“Indeed, what is needed is political leadership and serious reflection on what needs to be done to bring the parties back to the negotiating table,” Mladenov noted.