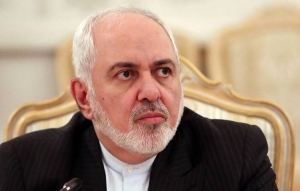 Foreign Minister Mohammad-Javad Zarif said on Monday that US President Donald Trump’s threat to target Iran’s cultural and civilization centers amounted to “Cultural Terrorism” and continuation of US disregard of International Law.

Zarif made the remarks in a conference on safeguarding cultural assets and world heritage held in National Library of Iran.

He recalled Trump’s threat to hit 52 Iranian cultural centers if Iran took retaliatory military strike against the US interests.

He added that according to international agreements, like The Hague Convention for the Protection of Cultural Property in the Event of Armed Conflict signed in 1954, destroying cultural heritage is an unforgivable crime. And according to the Second Protocol to the same agreement, countries need to protect the cultural property even during armed conflicts.

Iran’s foreign minister said that according to the Convention Concerning the Protection of the World Cultural and Natural Heritage obliges each State Party to this Convention “not to take any deliberate measures which might damage directly or indirectly the cultural and natural heritage … on the territory of other States Parties to this Convention.”

Zarif said, furthermore, the first additional protocol of the Geneva Conventions of 1949 says all seizure of, and destruction, or intentional damage done to such institutions, to historical monuments, works of art or science, is prohibited, and added that using such places to fulfill military goals is a war crime and should be made the subject of proceedings by the International Justice.

Stressing that extremism knows no color, race, or religion, he said that in the West, demagogues are playing more roles and affronting all the legal, ethical, and cultural rules. They insult religious values and beliefs of billions of people and their holy books and spare no efforts to spread hatred, violence, and belligerence.

Zarif said that the most obscene examples of such moves and remarks are made by the incumbent US president that threatened to target 52 Iranian cultural sites, some of which are “of very high level & importance to Iran & the Iranian culture.”

The foreign minister added that a picture of the ideology, a look at the contemporary history shows that the statue of Buda in Bamian, Afghanistan, was destroyed in 2001. Daesh terrorists destroyed Iraqi and Syrian cultural centers (Mosul, Nineveh, Palmyra in 2014 and 2015. And now Trump has threatened to attack cultural centers of Iran, which is an overt violation of the UN Charter and an instance of “cultural terrorism.”

The US government is also practicing “economic terrorism” and targeted Iranian people’s food and medicine; the US Secretary of State Mike Pomepo bluntly announced Iran must listen to the US ‘if they want their people to eat’, which is threatening to starvation and famine and an instance of genocide and crimes against humanity, Zarif said.

He also said that they assassinated popular General Soleimani in a instance of state terrorism and are proud of killing a man who had fought ISIS extremism and terrorism in the region.

Trump’s threats are manifestations of hatred that is rooted in inferiority. It is not hatred of the rich Iranian culture but hatred of culture and civilization in general and anything that brings stability and peace.

US administration has also withdrawn from Paris Climate Agreement, the Intermediate-Range Nuclear Forces Treaty, and the Joint Comprehensive Plan of Action, which show their total disregard of law and the international conventions, Zarif said.

Trump has called the cultured people of Iran “a terrorist nation”, which shows his regime has no red line and commitments to international law, Zarif added.

Contrary to its claims, the US administration has repeatedly proved that they do not believe in negotiations, he said.

Threatening North Stream project, threatening to out a 25% tariff on European cars if they do not exit the JCPOA, and their racist illegal use of Article 36 of the deal are the result of Europe’s passivity.