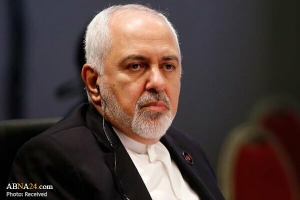 Zarif made the remarks speaking to reporters upon arrival in Turkey to attend the 8th Ministerial Conference of Heart of Asia – Istanbul Process.

Asked about the outcome of the meeting of the Arbitral Joint Commission of the JCPOA held in Vienna, Zarif replied that INSTEX – Instrument In Support Of Trade Exchanges- may be implemented between Iranian and the EU partners in future upon an agreement to the effect.

Iran has time and again complained about inaction of the EU partners to fulfill their JCPOA commitments and raised its complaints with the Joint Commission. Iran believes that the EU has failed to honor its obligations, especially after the US withdrew unilaterally on May 8, 2018.

‘France, Germany and the United Kingdom, in accordance with their resolute commitment and continued efforts to preserve the Joint Comprehensive Plan of Action (JCPOA) endorsed by United Nations Security Council resolution 2231, announce the creation of INSTEX (Instrument for Supporting Trade Exchanges), a Special Purpose Vehicle (SPV) aimed at facilitating legitimate trade between European economic operators and Iran,’ the three countries said in their joint statement.

At the Dec 6 joint commission meeting, the issue of dissatisfaction over the Europeans’ level of loyalty was expressed clearly by Iran and two non-European states of Russia and China, Zarif stressed.

Elaborating on the meeting, Zarif said it discussed the necessity of “real implementation” of signatories’ commitments to the JCPOA.

He further underlined that Iran is always ready to stop its measures taken previously under the Article 36.

On the first anniversary of the US withdrawal from the deal on May 8, 2019, Tehran decided to reduce its commitments to the JCPOA, based on Article 26 and 36, and set a deadline for Europeans to remedy breaches.

Zarif further described the new move by the six members of the European Union (EU) to join INSTEX as positive.

Implementation of INSTEX is what needed to be seen, Zarif noted.

Talking about his Istanbul visit, the foreign minister said Iran enjoys special relations with its neighbors including Turkey.

About the Ministerial Conference of Heart of Asia, Zarif said it is for coordinating regional cooperation with Afghanistan to establish peace and enhance development in that country.

As Zarif said, Afghanistan has special conditions these days regarding presidential election and peace process events that need regional cooperation to help ensure tranquility to the neighboring nation.

So, Heart of Asia conference is an ample opportunity for reviewing ways to help Afghan talks on peace process.

The first round of Heart of Asia-Istanbul conference was held with the attendance of Turkey, Afghanistan, Azerbaijan, China, India, Iran, Kazakhstan, Kyrgyzstan, Pakistan, Russia, Saudi Arabia, Tajikistan, Turkmenistan and UAE in Istanbul in 2011.