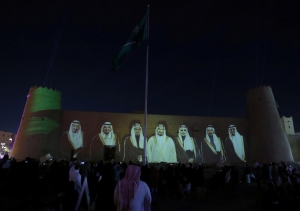 For decades, criminals in Saudi Arabia were lined up after Friday prayers at a central Riyadh plaza and beheaded by sword in a gruesome public spectacle overseen by the religious police.

gner coffee stroll through what foreigners call Chop-Chop Square, where the blood of the condemned once flowed. At night, diners drop 5,000 riyals (1,038.97 pounds) at an alcohol-free restaurant imported from Ibiza.

Many Saudis embrace the new openness, but even supporters worry it might be coming too quickly and risks provoking a conservative backlash.

One businessman compared it to sitting in the back of a speeding car, unable to see out the front and hoping the driver knows where he’s going.

The festivities at the former execution site are part of the state’s entertainment drive, aimed at capturing money spent abroad and encouraging fun.

New tourist visas have lured some holidaymakers, and temporary attractions like a safari, amusement park, and open-air theatre have drawn over 8 million visitors to Riyadh since October.

Critics say the government is spending billions of riyals to

Despite the glitz, executions continue in less conspicuous locations, with at least 134 so far this year, according to the United Nations.

Fears of a violent backlash spiked after a man stabbed three performers at a show last month. His motivation was unclear, but defiant Saudis blamed years of religiously-inspired hate speech, and shared a 2016 video of Prince Mohammed pledging not to let extremism waste another 30 years of their lives.

Yet one person told Reuters his conservative friends had privately cheered the attack, and some mosque preachers continue to rail against social liberalization.

“It was sadly predictable. I always expected a backlash,” a senior Western diplomat said of the incident. “It looks like the first action has been taken, and may inspire others.”

Some choices appear designed to signal to would-be conservative opponents that their time is up.

The main building in Chop-Chop, officially Safa Square, belongs to the religious police which Prince Mohammed neutered in 2016.

“There used to be punishments here. Now it has flipped 100%,” said 21-year-old Faisal al-Kholaif, attending a performance in the square. “We see joy, we see hope, we see everything has changed.”

Down the road in Diriyah, Saudis dance at concerts near the mosque of Mohammed Abdelwahab, the founder of Saudi Arabia’s strict brand of Islam.

Meanwhile, restaurants are serving mocktails amid speculation alcohol could be permitted soon.

Such permissiveness could eventually elude the authorities’ control. A woman wearing a face-covering niqab was referred to the public prosecutor after footage of her dancing in public went viral.

But another video shows U.S. rapper Russ flaunting a bra a fan had thrown onstage at a recent concert, and in one upscale cafe, a young Saudi couple was spotted stealing a chaste kiss.

A resident of the northern city of Hail, visiting Riyadh last weekend, said such things are very new for Saudi Arabia: “Some people like it, others don’t.”