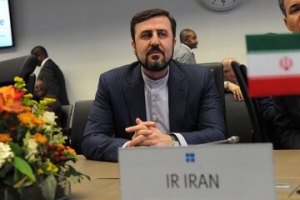 Government spokesman Ali Rabiei said on Thursday that sanctions failed to bring the Iranian to their knees as we have understood that the way out of these sanctions is creativity, innovation and setting up small companies.

He said at the closing ceremony of a technological event at the Tehran Olympic Hotel that creativity and innovation and small companies can help because the era of big investment in the sanctions era has been passed.

What can increase the country’s budget during the sanction is innovation, creativity and productivity, the official stated.

“We are suffering the most terrible sanctions that any country has ever experienced,” he said adding that even Iraq did not experience it during the Persian Gulf War.

“We even did not experience such sanctions in the pre-JCPOA period,” he said. Of course, the sanctions have not broken us, and we should not succumb to the sanctions at any rate.

Referring to the hardships the sanctions have imposed on the nation and the government, Rabiei reiterated that “Our great way out of the sanctions is to make society more flexible as we have paved the path so that the Iranian people can move easily and through creativity, innovation and small knowledge-based companies they can attain such goal.

Presently we are not able to pursue large-scale multi-billion-dollar foreign investment projects and have written the budget taking into account the country’s status so that the country will not face a deficit, Rabiei said.