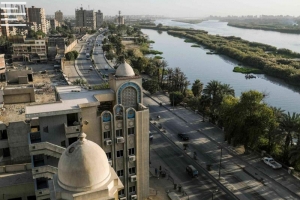 Egypt has sold almost half of the land earmarked for the first phase of a huge project to develop a new capital 50 km east of Cairo, an official at the state-owned company building it said.

The as-yet unnamed city is being built in the desert by a company owned 51% by the military and 49% by the Housing Ministry.

The government has said it wants to start running Egypt from the new city as soon as the middle of next year. But the $58 billion project has struggled to raise funds and faced other challenges after some investors pulled out.

Much of the land has been sold to real estate developers.

Known for now as the New Administrative Capital, the government expects the city to be 700 square km upon completion, about the size of Singapore.

The first phase will include ministries and other government buildings, diplomatic and business districts and residential neighbourhoods.

Announced at an economic conference in 2015, the new city is envisioned to replace Cairo, the existing capital on the Nile that has become a traffic-clogged, urban sprawl of more than 20 million people.

Launched a year into Abdel Fattah al-Sisi’s presidency, the project aims to offer a clean and efficient base for the government and finance industry, as well as homes for at least 6.5 million people.