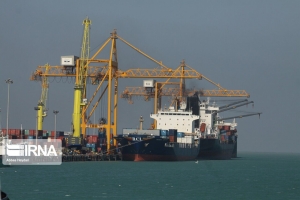 Iran has been experiencing the toughest oil sanctions but it has succeeded in increasing exports of petrochemicals especially from its South Pars which indicates a 39 percent growth in November.

Exports of non-oil products from the Customs Administration of the Pars Special Economic Energy Zone have been increasing despite US restrictions and sanctions. Over $ 500 million worth of non-oil products were exported in November, up by 39 percent in terms of weight and a 5 percent growth in terms of value compared to the same period last year.

In addition, there were many restrictions on shipping and insurance of ships and oil tankers against Iran, but these measures did not prevent the growth of non-oil exports, which were dominated by petrochemicals.

Customs Director General of Pars Special Economic Energy Zone in an interview with IRNA referred to the export of 1 million and 626,458 tons of products in November, noting that these products include methanol, propane, butane, lightweight and heavy polyethylene and, ammonia, sulfur, styrene, crude oil, etc.

The export value of these products in the eighth month of this current Iranian year (starting on March 21) is estimated at over $ 574 million and $ 665,754, Ahmad Pourheidar went on to say.

The official made the remark that the goods have been exported to China, the United Arab Emirates, South Korea, India, Japan, Hong Kong, Indonesia, Turkey, Egypt, Kuwait and so on,” he said.

South Pars is the biggest gas field in the world and has the title of “the Capital of Energy of Iran”. It is the hub of export of non-oil, petrochemical and natural gas and condensates.

Though the US has imposed sanctions on Iran, after Washington pulled out of the nuclear agreement, the export from South Pars shows a two percent growth to reach 17.8 million tons in the past 12 months. The export has reached $4.5 million.

On May 18, 2018, US President Donald Trump announced the US withdrawal from the Joint Comprehensive Plan of Action endorsed by the UN Security Council Resolution 2231.

The US withdrawal from the JCPOA was and imposing sanctions in contravention of the UN Resolution, requiring to lift international sanctions on Iran, have been condemned by all the other signatories to the deal, i.e. China, Russia, France, England, and Germany.

The South Pars has helped Iran to overcome the US sanctions in many different fields.

A 100,000-ton Single Buoy Mooring (SBM) was installed at 1,200 meters off the coast of Siraf; increasing its condensate loading capacity to 100,000 tons which is the most significant feature compared to the previous sample with a 150 percent increase.

The new SBM has been installed and gas condensate operation has resumed after a period of interruption.

All stages of the installation and commissioning of the new Fajr Jam Refinery SBM have been carried out by local experts, and it is expected that the condensate loading operation will be performed with greater confidence.

Following the installation of the new SBM, the ship’s loading capacity at the Siraf export terminal will also increase, and ships with a tonnage of up to 70,000 tons will be able to load.