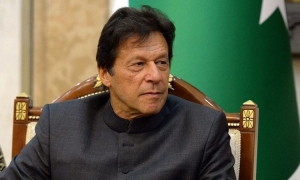 Prime Minister of Pakistan Imran Khan has announced the government’s resolve to take concrete measures to control air pollution after the smog reached at alarming levels in various parts of the country especially in Lahore.

The prime minister addressing a press conference said that oil refineries will be given a period of three years to improve the quality of oil produced.

Earlier, Amnesty International had issued a warning for the hazardous smog in Lahore, saying every resident of the city is at risk due to the poor air quality.

Even today Lahore’s air quality was recorded by Air Visual to be 248, which is classified as ‘unhealthy’.

The government of eastern Punjab province had to close the schools three times last month due to “dense smog” in three districts, including Lahore, Faisalabad and Gujranwala.

Keeping in view the gravity of the situation Prime Minister of Pakistan Imran Khan visited Lahore and chaired the meeting on smog in the city.

The premier expressed regret that over the past 10 years, a 70 percent decline had been witnessed in the number of trees in the city.

Amnesty International had asked the government to take immediate action to curb smog which is affecting the life and health of common man in the province, especially in Lahore.

The Prime Minister said if oil refineries do not move towards producing cleaner oil at this time, we will shut them down.

He also announced that the government had decided to shift the focus of the auto industry towards electric vehicles. “We are holding talks with the car industries because they have certain reservations.”

He said, “We have decided we will import a cleaner (environmental-friendly) oil, [which will meet] the Euro 4 standard.”

Imran Khan added this Euro 4 compliant oil has fewer chemicals that pollute the air. By the end of 2020, we will shift to the Euro 5 emission standard. We feel this will have a 90 percent impact on the quality of air.

Speaking of the practice whereby farmers burn rice crops after its harvest, the premier said that imported machinery will be brought in which will facilitate the farmers to make use of the post-harvest crop, making it possible for it to be sold. This will ensure that there is no need to burn the crop, drastically reducing the air pollution caused otherwise.

He said that an urban forestry initiative will be undertaken in Lahore. “We have identified 60,000 kanals of land where we will grow trees so they can clean the city’s air.”

Pakistan media say that it is very unfortunate that Pakistan is still using the Euro-2 engine while it’s neighboring states like the Islamic Republic of Iran are using Euro 4 and Euro 5 engines and now they are planning to introduce Euro 6 engines.

According to reports, Pakistan relies on 70 percent of imports for oil.

Experts say that the Pakistan government should take strict action against the factories emitting smoke and harming Pakistan’s air quality.