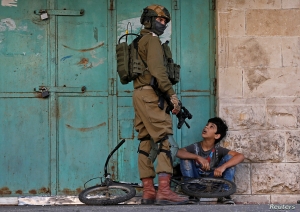 A Palestinian teenager was shot dead on Saturday night by Israeli occupation forces in the town of Beit Awwa, to the west of Hebron City in the southern West Bank, according to the Ministry of Health.

Israeli soldiers opened gunfire towards three Palestinian civilians near Beit Awwa, seriously injuring one of them, Badawi Khaled Masalmeh, 18 years old. He was left to bleed helplessly as the soldiers denied access of medics to the scene, and was announced dead of his critical wounds a few minutes later. There were no further details about the reason for the shooting.

Israeli occupation forces have a notorious record of killing Palestinian civilians on the alleged pretext of security.