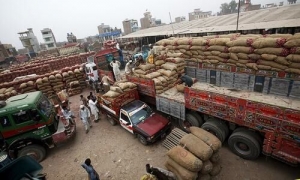 Under the multi-billion-rupee project a set of highly technically equipped battalions of paramilitary forces and customs would be raised.

A senior government official told media that Prime Minister Imran Khan had already approved recruitment of more than 2,000 officials, besides raising two additional battalions each of Gilgit-Baltistan Scouts and Pakistan Coast Guards. These inductions would be made through strict security clearance by the relevant security agencies.

The prime minister has also directed that concerned authorities must ensure that law enforcement agencies are not a party to the smuggling of Iranian oil into the country. The Balochistan area of Pakistan is a major route for smuggling.

Pakistan Customs has been given the lead role for an initial period of two years in the BMI and would be fully equipped with modern technological gadgets, logistic support, weapons, etc. The prime minister has ordered immediate creation of a directorate general of law and prosecutions to support customs activities.

Upgrade of border monitoring facilities is also part of the BMI. This would cost over US $ 335 million in Balochistan alone where the armed forces will continue to have a leading role. An Anti-Smuggling Steering Committee (ASSC) has also been constituted directly under the prime minister.

It has been decided to fully integrate anti-smuggling and trade data with a central database in six-nine months and a confiscation portal should be created by Pakistan Customs so that full information is available with the top authorities for monitoring purposes.