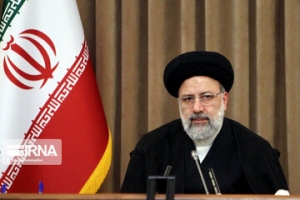 Head of the Judiciary Ebrahim Raeisi said on Monday that public opinion and the elite should have been provided with explanation about necessary plan for fuel consumption management and that the people are separate from the rioters.

The plan to raise petrol prices is totally law-based and is in line with the Islamic Republic of Iran’s Sixth Five-Year Development Plan, said Raeisi.

He said that protest to the petrol price rise is not acceptable to turn to sabotage and arson attacks on the public buildings.

He said that Supreme Leader of the Islamic Revolution Ayatollah Seyyed Ali Khamenei addressed the issue in full on Sunday.

Raeisi admitted that the plan has been put into practice without prior notice to the people.

Criticizing the sudden implementation of the plan, he said that the worries of the people are due to the fact that the public opinion was not prepared in advance.

It was necessary to inform the public opinion beforehand. It is still vital that the media, economists, relevant ministers and the administrative officials should have clarified the issue for people.

Commenting on the rioters, he said that destroying public and private property, setting afire the banks and other places, hurting people’s tranquility, frightening women and children, done with any intentions, will be severely punished.

Raeisi said that those who are instigating the people are ignorant of their own weakness and Islamic Republic’s strength.

He ordered the judiciary officials and the police that the people’s lives and businesses should not be hurt whatsoever.

Referring to Ayatollah Khomeini’s remarks, he said that the prices of goods and services should not increase under the pretext of petrol price rise.

He hoped that patience, thoughtfulness, perseverance, and practical measures of the people would disappoint the enemy and move Iran closer to social justice.