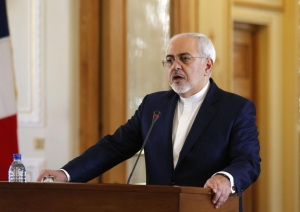 Iranian foreign minister referred to US crimes in Yemen, saying Arab oil is more important than its blood in US’ policy.

Zarif revealed a list of  US’ crimes as follows:

– 4 yrs of indiscriminate bombardment of Yemen

Earlier in an interview with CNN, Zarif denied Tehran’s involvement in weekend attacks on Saudi Arabia’s oil facilities, which dramatically ratcheted up tensions in the region this week, adding that Houthis have stepped up their military capabilities and are capable of conducting a sophisticated operation such as the one that knocked out half of the kingdom’s energy production.

Meanwhile, Iranian Foreign Ministry spokesman Abbas Mousavi on Sunday expressed shock about the US attempt to implicate Iran in drone attacks on Saudi oil field bythe Houthis from Yemen, saying that the US maximum pressure strategy has turned to the strategy of “maximum lie” against Iran.

Yemenis have shown that they stand up to the Saudi aggression and the crimes against humanity in Yemen, he added.

Such accusations and blind statements are meaningless and incomprehensible in diplomatic standards, he noted.

Mousavi said that the allegations made at the diplomatic level needs to have a minimum notion to believe, so that Pompeo’s allegation is void of rationality another example of the US violation of the minimum standards of diplomatic statements.