Yemen’s southern separatists declared a ceasefire in their clashes with 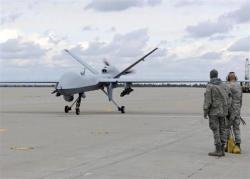 government forces in the oil-producing province of Shabwa after two days of fighting.

“The Southern Transitional Council (STC) calls upon all parties in the Shabwa governorate to exercise restraint and abide by the ceasefire called for by the Arab coalition,” the council said in a statement early Saturday.

The council also called on its forces to remain in their positions and maintain control over the institutions and property they overtook.

However, it warned against any attacks on the Saudi-led coalition forces.

The United Arab Emirates-backed separatists earlier this month took over the southern port city of Aden, the interim seat of Yemen’s Saudi-backed government, and last week extended their control to neighbouring Abyan.

Both sides are part of a Saudi-led coalition that intervened in Yemen in 2015 against the Iran-aligned Houthi group that ousted the government of President Abd-Rabbu Mansour Hadi from power in the capital Sanaa in late 2014.

But the STC, who seek self-rule in the south, turned on the government after accusing a party allied to Hadi of being complicit in a Houthi attack on southern forces.

Saudi Arabia has called for a summit to end the standoff, which has complicated U.N. efforts to end the war in Yemen. But Hadi’s government said it would not participate until the separatists cede control of sites they have seized.

The standoff has exposed differences between regional allies Saudi Arabia and the UAE, which in June scaled down its presence in Yemen while still backing thousands of southern separatist fighters.