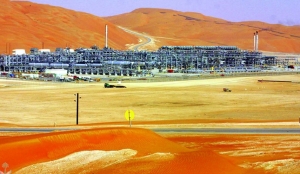 by southern separatist fighters who last week seized control of the port city which had been the interim seat of the government.

The coalition overnight on Saturday renewed a call for the separatist forces to withdraw from all sites they have recently captured in Aden.

The seizure of government military bases by separatist fighters a week ago has complicated United Nations efforts to end Yemen’s war as violence escalates on other fronts.

The Iran-aligned Houthi movement, which a Saudi-led coalition has been battling for more than four years, said on Saturday it launched drone attacks on oil installations at Shaybah in Saudi Arabia. There was no immediate confirmation from Saudi authorities.

The Aden crisis has also exposed strains in the Sunni Muslim coalition that intervened in Yemen in 2015 to try to restore Yemen’s Saudi-backed government after it was ousted from power in the capital Sanna by the Houthis in late 2014.

The separatists, backed by coalition member the United Arab Emirates, are a major component in the anti-Houthi alliance. But the war has rekindled old strains between north and south Yemen – formerly separate countries until 1990.

The coalition statement called for dialogue and said all forces in the south should unite under the coalition to fight the Houthis.

Southern Transitional Council (STC) sources told Reuters their forces, which had already moved away from the nearly empty presidential palace and central bank, were vacating government institutions under the supervision of a Saudi-UAE delegation.

They said the forces would not quit the government military camps that give them effective control of the city.

“We will not retreat, we will not budge and planes will not scare us,” a statement from one of the brigades fighting as part of the southern separatists said, in response to Saturday’s flares and low-flying war planes.

“Measures are being completed to hand over the interior ministry and Aden refinery to presidential guard units under the supervision of the coalition,” he tweeted.

An STC spokesman told Reuters last week they would not cede control unless the Islamist Islah party, a backbone of President Abd-Rabbu Mansour Hadi’s government, and northerners were removed from positions of power in the south.

The Yemen war has been in military stalemate for years. Saudi Arabia and the UAE have come under pressure from Western allies, including those that supply them with arms, to end a conflict that has pushed Yemen to the brink of famine.

The UAE in June scaled down its presence in Yemen, leaving behind thousands of southern forces it has built and trained.

UN political affairs chief: Past decade has been one of much tumult for Arab region

A French self-contradiction: Paris in list of selling arms to human rights violatorAs