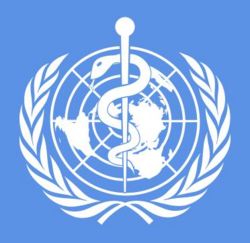 UNHCR’s Global Trends report found that 70.8 million children, women and men were forcibly displaced at the close of 2018. This is twice as many people as 20 years ago, 2.3 million more than the previous year, and is greater than the population of Thailand.

According to the report released on Wednesday, the crisis in Venezuela, in particular, is still only partly reflected in the total. In all, some four million Venezuelans have left their country, making this one of the world’s biggest current displacement crises.

UN High Commissioner for Refugees Filippo Grandi said that only half a million of the four million Venezuelan people that had left the country amid an ongoing economic and political crisis have formally applied for asylum and refugee status.

“What we are seeing in these figures is further confirmation of a longer-term rising trend in the number of people needing safety from war, conflict and persecution,” he said.

The report suggests that of 41.3 million internally displaced persons (IDPs) in 2018 – at a rate of 37,000 a day – some 13.6 million were newly displaced last year. This included nearly 11 million individuals who were uprooted inside their country and 2.8 million new refugees and asylum-seekers, UNHCR’s data shows, as well as the fact that while richer countries hosted 16 percent of refugees in 2018, least developed nations sheltered one in three.

The report identifies three main groups. Firstly, there are refugees, or people forced to leave their country because of conflict, war or persecution. In 2018, the number of refugees reached 25.9 million worldwide, 500,000 more than in 2017. Included in this total are 5.5 million Palestine refugees.

The second group is 3.5 million asylum seekers. These are people outside their country of birth who are under international protection, but are yet to be granted refugee status.

Thirdly, there are internally displaced persons. These people are displaced within their country and amount to 41.3 million globally.

Only 92,400 refugees were resettled in 2018, fewer than 7 percent of those awaiting resettlement. The global population of forcibly displaced people has grown substantially from 43.3 million in 2009. Most of this increase was between 2012 and 2015 as a result of the Syrian conflict.

However, other conflicts have cropped up and continued across the globe, for example, in Iraq and Yemen in the Middle East, as well as parts of sub-Saharan Africa such as the Democratic Republic of the Congo and South Sudan, according to UNHCR’s report.

There was a massive displacement of Rohingya refugees to Bangladesh at the end of 2017, after they were driven out of Myanmar’s Rakhine state during a military crackdown.

While calling for more funding to help countries deal with the impact of these increased migration flows – particularly in neighboring crisis-hit States where most displacement victims are hosted – UNHCR chief Grandi underlined the need for better regional and international cooperation in the face of “new conflicts, new situations producing refugees, adding themselves to the old ones”.

Officially last year, there were more than 138,000 unaccompanied and separated children globally, according to the report, which notes that this is likely a significant underestimate.

“When you hear a lot about refugees, people that are taking advantage, seeking opportunities. Children don’t flee to seek better opportunities; children flee because there is a risk and a danger,” Grandi said.