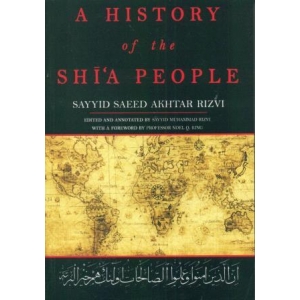 This book deals with the history of the Shi‘a Ithna-‘Ashari Muslim community from the early days of Islam up to present day. Starting with a brief note on the origin of the Shia faith, the book describes the early days of its followers’ history from the 7th-11th century. From there, it focuses on regions; beginning with the history of the Shi‘as of Iran, Iraq & Afghanistan, reviewed together due to the multiple layers of mutual influences among them on socio-religious and political levels. Then it moves on to the Arab Middle-East & Turkey; followed by the east, to the Indian Sub-Continent; and then to Sub-Saharan Africa; followed by a review of Shi‘a communities in South-East Asia, Australia, and the Commonwealth of Independent States of the former USSR. The book ends with a brief look at the emerging Shia communities in Europe and the Western Hemisphere.

It is worth mentioning that the section on Shī‘a communities in Africa, particularly East Africa, is a seminal work in which the author was not only a spectator observing the events and reporting them; rather he played a pivotal role in furthering the cause of the Shī‘ī faith in that region, especially among the indigenous African people.

Arabic was not just spread by the sword,

Algeria poised to launch its new plan for socioeconomic recovery

UN: Terrorist groups must not be allowed to exploit ‘fragilities’ caused by COVID-19 pandemic