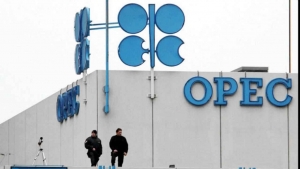 Iran’s oil exports and its bet on Saudis would go nowhere, and Riyadh is in dilemma.

The US government officially lifted sanction waivers on Iran’s oil buyers on Thursday (May 2nd).

After the announcement of Iran’s sanctions and even before that, some countries announced that they would oppose the US action and continue oil cooperation with Iran.

OPEC Secretary-General Mohamed Sanosi Barakindo also said on the sidelines of the 24th International Oil, Gas, Refining and Petrochemical Exhibition in Tehran about the recent threats to Iran’s supply of oil, that it was impossible to remove Iran from the oil market.

Saudi Arabia, the largest oil producer, is the only hope of Trump. The country faces a great test in anti-Iran sanctions. The Saudis have not responded frankly to Trump for the time being, and Saudi oil minister Khalid al-Faleh spoke a few days ago about the readiness of Riyadh to provide oil shortages and the continued production of oil. There are many doubts regarding this ambiguous position on Saudi Arabia’s ability to fill the vacancy of Iran’s oil. It seems that the Saudis are reluctant in this regard as a result of the annoyance of other members of OPEC or Russia.

** Can Saudi Arabia offset Iran’s oil withdrawal from the market?

Iraqi Al- Naba network reported that the White House announced that it will work with Saudi Arabia and the United Arab Emirates to provide energy in the oil markets with the aim of offsetting Iran’s oil. But some of the observers have been skeptical of this Trump’s extreme approach, saying that this move will be followed by backfire, along with sanctions on the oil sector in Venezuela, and will lead to an increase in oil prices.

In this regard, Frank Fanon, the US Under-Secretary of State for energy said the Saudis would take effective measures to secure energy supplies on global markets. Saudi Energy minister Khalid Faleh did not announce Saudi Arabia’s commitment to boost production in his statement a few days ago, saying Saudi Arabia is following developments in the oil market, and that the country is coordinating with other oil producers to balance the oil markets and OPEC will hold a meeting in June.

Mohammad al-Shatti, an oil expert in the Arabic-language section of Independent Daily, said that Saudi Arabia has announced that it will produce less than 10 million barrels per day by the end of May which is a positive index. Because it shows that production will not increase unless the need is felt in the energy markets, and in this case, only within the coalition of producers, production will increase, and Saudi Arabia alone will not increase its production.

The analyst believes that the US sanctions and the abolition of exemptions for oil purchases from Iran will not mean the end of Iran’s oil exports. At the same time, China, India and Turkey will buy oil from Iran, and part of Iran’s oil will be exported to Iraq through smuggling. The coalition of oil producers said their priority is to achieve market balance along with monitoring the security of production, indicted that it will assess the situation on the oil markets during next meeting of OPEC.

As Al Khaleej Press website wrote, Ahmad Hassan Karam, an oil markets analyst, says the recent US decision to abolish Iran’s oil exemptions for those who follow the oil market is shocking, but OPEC’s role can diminish the horrific effects of decision on oil markets. The decision, as well as Iran’s pressure to close the Strait of Hormuz as the largest Persian Gulf oil export channel to Asia, will increase oil prices.

Perhaps some oil-producing countries could replace Iran’s two million barrels of oil that is exported to China, India, Turkey, India, and South Korea, but this will not happen soon, and oil shortages for some time in oil markets will be felt.

The Arabic newspaper Arabi-al-Yaum of Syria also wrote, “History and geography prove that Saudi Arabia and the UAE in general have no power to confront Iran and are unable to siege this country. If the two countries insist on their anti-Iranian action, Iran can siege them by closing the Strait of Hormuz and prevent them from exporting their oil. The lack of facilities for the two countries to extract oil and their oil has also led them to fail to fill Iran’s oil vaccum with global markets because some of the world’s refineries are designed not to be suitable for the oil use of the two countries.

Al-Sharq newspaper of Qatar wrote that while Saudi Arabia has pledged to supply oil shortages on the global oil markets created by Iranian oil sanctions based on OPEC’s deal, it appears that the country is incapable of fulfilling its commitment. The country’s crude oil exports have declined since the beginning of this year, according to a report on the oil price.

Ray-al-Yaum wrote that if Arab countries, especially Saudi Arabia and the United Arab Emirates, cooperate with the United States on Iran’s oil sanctions,they will directly suffer losses. In addition, European countries, which now consume 13 million barrels per day, will suffer, and this maybe as a result of this policy of Trump, the oil price will rise to at least $100 per barrel, which will negatively affect the economies of these countries.