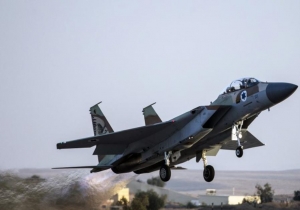 According to the Palestinian news agency WAFA, warplanes fired five missiles at a post north of Beit Lahya in the north of the Gaza Strip causing fire and damage to the site as well as area homes without anyone reported injured.

The occupation authorities claimed that the attack came in response to the firing of incendiary balloons from the besieged enclave into Israel that caused fire in several fields in the south of Israel.