Pakistan’s Supreme Court on Wednesday ordered that ousted prime minister Nawaz Sharif be removed as head of the political party he founded, six months after the court disqualified him as the country’s leader over unreported income.

The new ruling could throw into disarray Senate elections due on March 3, with opposition figures saying it invalidates candidates from the ruling Pakistan Muslim League-Nawaz (PML-N) nominated by Sharif.

The PML-N controls the lower house of parliament. Winning control of the Senate too would allow the PML-N to change the constitution to make Sharif eligible to hold office again when the party contests a national election due later this year.

Sharif is also being tried by a separate anti-corruption court on other charges – proceedings ordered by the Supreme Court last July – and could face jail when that trial winds up as soon as next month.

Wednesday’s order overturned a legal amendment by PML-N lawmakers allowing Sharif to remain party president despite being disqualified from public office by the Supreme Court for failing to declare monthly income of 10,000 Emirati dirham ($2,723) from a company owned by his son.

“The Election Commission is directed to remove the name of Nawaz Sharif as president of PML-N from all official records,” Chief Justice Saqib Nisar said from the bench.

“As a result, all steps taken, all orders passed by Nawaz Sharif are also declared to be as if they had never been taken.”

Sharif denies any wrongdoing and has said his family fortune was obtained legally.

Sharif’s party retains a majority in the National Assembly and has vowed it will be vindicated in elections held this year, in which his brother will be the prime ministerial candidate.

While the national election is voted upon by the public, the Senate election is conducted by members of the National Assembly and the local assemblies of Pakistan’s four provinces.

The legal cases against Sharif have been spearheaded by opposition politician Imran Khan, a former international cricketer whose party cheered Wednesday’s decision as a victory against corrupt politics.

Members of Sharif’s party were defiant on Wednesday.

“This is Pakistan. Nawaz Sharif will run PML-N even if he is in a jail cell,” said a government official from Sharif’s party, speaking on condition of anonymity.

“It will send an impression among people, and in our party that these actions are being taken to pressure Nawaz Sharif,” Zafrullah Khan, Sharif’s ruling party legal adviser, said to Geo TV. “It will benefit us.”

Sharif has said his removal from office was part of a political conspiracy against him, and his party and the judiciary have engaged in an escalating war of words.

Sharif has served as prime minister twice before and each time was removed from office – in 1993 by presidential order and in 1999 by a military coup that saw him jailed and later exiled before returning when General Pervez Musharraf stepped down.

Faisal Chaudhry, a lawyer for one of the 17 opposition party petitioners who sought Sharif’s removal as party head, said the court decision invalidated all of Sharif’s decisions since last July, including the candidates he nominated for the Senate election.

“My understanding is that the candidates can still contest but as independent and not as Nawaz Sharif’s party ticket holders,” Chaudhry said.

Khan’s party praised the ruling, saying it was a “disgrace to the constitution to appoint a person who has been disqualified by the court for dishonesty and corruption”.

Islam’s spread in the West due to subjectivity, earnest, diplomat 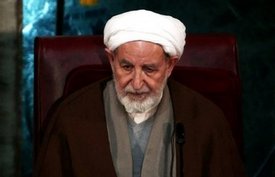