UNESCO on Thursday in a 24-6 vote, gave its preliminary approval to a resolution that condemns Zionist regime aggressions in the Occupied Palestinian Lands.

The UNESCO resolution recalled the provisions of the four Geneva Conventions (1949) and their additional Protocols (1977), the 1907 Hague Regulations on Land Warfare, the Hague Convention for the Protection of Cultural Property in the Event of Armed Conflict (1954) and its additional Protocols, the Convention on the Means of Prohibiting and Preventing the Illicit Import, Export and Transfer of Ownership of Cultural Property (1970) and the Convention for the Protection of the World Cultural and Natural Heritage (1972), the inscription of the Old City of Quds and its Walls at the request of Jordan on the World Heritage List (1981) and on the List of World Heritage in Danger (1982), and the recommendations, resolutions and decisions of UNESCO on the protection of cultural heritage, as well as resolutions and decisions of UNESCO relating to Quds, also recalling previous UNESCO decisions related to the reconstruction and development of Gaza as well as UNESCO decisions on the two Palestinian sites in Al-Khalil/Hebron and in Bethlehem.

It affirmed that nothing in the present decision, which aims, inter alia, at the safeguarding of the cultural heritage of Palestine and the distinctive character of East Quds, shall in any way affect the relevant Security Council and United Nations resolutions and decisions on the legal status of Palestine and Quds.

The UNESCO resolution deeply regretted the Israeli refusal to implement UNESCO previous decisions concerning Quds particularly 185 EX/Decision 14 and noted that its request to the Director-General to appoint, as soon as possible, a permanent representative to be stationed in East Quds to report on a regular basis about all the aspects covering the fields of competence of UNESCO in East Quds, has not been fulfilled and reiterated its request to the Director-General to appoint the abovementioned representative.

The UNESCO resolution deeply deplored the failure of Israel, the Occupying Power, to cease the persistent excavations and works in East Quds particularly in and around the Old City, and reiterated its request to Israel, the Occupying Power, to prohibit all such works in conformity with its obligations under the provisions of the relevant UNESCO conventions, resolutions and decisions.

The UNESCO resolution called on Israel, the Occupying Power, to allow for the restoration of the historic Status Quo that prevailed until September 2000, under which the Jordanian Awqaf (Religious Foundation) Department exercised exclusive authority on Al-Aqsa Mosque/Al-Haram AlSharif, and its mandate extended to all affairs relating to the unimpeded administration of AlAqsa Mosque/Al-Haram Al Sharif, including maintenance, restoration, and regulating access.

It strongly condemned the Israeli aggressions and illegal measures against the freedom of worship and Muslims’ access to their Holy Site Al-Aqsa Mosque/Al-Haram Al Sharif, and requested Israel, the Occupying Power, to respect the historic Status Quo and to immediately stop these measures.

The resolution deeply decried the continuous Israeli aggressions against civilians including sheikhs, and priests, further decried the large number of arrests and injuries among Muslim worshippers and Jordanian Awqaf guards in Al-Aqsa Mosque/Al-Haram Al-Sharif by the Israeli forces and also urged Israel, the Occupying Power, to end these aggressions and abuses which inflame the tension on the ground and between faiths.

It also regretted the damage caused by the Israeli Forces, especially since 23 August 2015, to the historic gates and windows of the Qibli Mosque inside Al-Aqsa Mosque/Al-Haram AlSharif, and reaffirmed, in this regard, the obligation of Israel to respect the integrity, authenticity and cultural heritage of Al-Aqsa Mosque/Al-Haram Al-Sharif, as reflected in the historic status quo, as a Muslim Holy Site of worship and as an integral part of a World Cultural Heritage Site.

The UNESCO resolution called on Israel, the Occupying Power, to stop violations against the Waqf properties east and south of Al-Aqsa Mosque/Al-Haram Al-Sharif, such as the recent confiscations of parts of AlYoussefeyah cemetery and Al-Sawanah area by banning Muslims from burying their dead in some spaces and by planting Jewish fake graves in other spaces of the Muslim cemeteries, in addition to the dramatic change of the status and distinctive character of the Umayyad Palaces, in particular the violation of the continued conversion of many Islamic and Byzantine remains into the so-called Jewish ritual baths or into Jewish prayer places.

The UNESCO resolution expressed its deep concern over the Israeli closure and ban of the renovation of the AlRahma Gate building, one of Al-Aqsa Mosque/Al-Haram Al-Sharif gates, and urged Israel, the Occupying Power, to reopen the Gate, and stop obstruction of the necessary restoration works, in order to repair the damage caused by the weather conditions, especially the water leakage into the rooms of the building.

The resolution called on Israel, the Occupying Power, to stop the obstruction of the immediate execution of all the 18 Hashemite restoration projects in and around Al-Aqsa Mosque/Al-Haram Al-Sharif.

It further deplored the Israeli decision to approve a plan to build a two-line cable car system in East Quds and the so called “Liba House” project in the Old City of Quds as well as the construction of the so called ‘Kedem Center’, a visitor centre near the southern wall of the Mosque, the construction of the Strauss Building and the project of the elevator in AlBuraq Plaza ‘Western Wall Plaza’ and urged Israel, the Occupying Power, to renounce the above-mentioned projects and to stop the construction works in conformity with its obligations under the relevant UNESCO conventions, resolutions and decisions; I.B.2 The Ascent to the Mughrabi Gate in Al-Aqsa Mosque/Al-Haram Al-Sharif.

The UNESCO resolution reaffirmed that the Mughrabi Ascent is an integral and inseparable part of Al-Aqsa Mosque/Al-Haram Al-Sharif.

the Mughrabi Gate, including the latest works conducted at the Mughrabi Gate entrance in February 2015, the installment of an umbrella at that entrance as well as the enforced creation of a new Jewish prayer platform south of the Mughrabi Ascent in Al-Buraq Plaza ‘Western Wall Plaza’, and the removal of the Islamic remains at the site and reaffirms that no Israeli unilateral measures, shall be taken in conformity with its status and obligations under the Hague Convention for the Protection of Cultural Property in the Event of Armed Conflict of 1954.

The UNESCO resolution further expressed its deep concern regarding the illegal demolitions of Ummayyad, Ottoman and Mamluk remains as well as other intrusive works and excavations in and around the Mughrabi Gate Pathway, and also requested Israel, the Occupying Power, to halt such demolitions, excavations and works and to abide by its obligations under the provisions of the UNESCO conventions mentioned in para 2.

It also stressed yet again the urgent need of the implementation of the UNESCO Reactive Monitoring Mission to the Old City of Jerusalem and its Walls.

The UNESCO resolution recalled, in this regard, 196 EX/Decision 24 that requests, in case of non-implementation, to consider, in conformity with the International Law, other means to ensure its implementation.

The resolution noted with deep concern that Israel, the Occupying Power, did not comply with any of the 11 decisions of the Executive Board as well as the six resolutions of the World Heritage Committee that request the implementation of the Reactive Monitoring Mission to the Old City of Jerusalem and its Walls.

the dispatch of a Reactive Monitoring Mission to the Old City of Jerusalem and its Walls.

The UNESCO resolution invited the Director-General to take necessary measures to implement the above-mentioned mission in accordance with World Heritage Committee decision 34 COM/7A.20, prior to the next session of the Executive Board, also invites all concerned parties to facilitate the implementation of that mission and experts meeting.

It also requested that the report and recommendations of the mission as well as the report of the technical meeting on the Mughrabi Ascent, be presented to the concerned parties.

It also deplored the military confrontations in and around the Gaza Strip and the civilian casualties caused, including the killing and injury of thousands of Palestinian civilians, including children, as well as the continuous negative impact in the fields of competence of UNESCO, the attacks on schools and other educational and cultural facilities, including breaches of inviolability of UNRWA schools.

The resolution strongly deplored the continuous Israeli blockade of the Gaza Strip, which harmfully affects the free and sustained movement of personnel and humanitarian relief items as well as the intolerable number of casualties among Palestinian children, the attacks on schools and other educational and cultural facilities and the denial of access to education, and requests Israel, the occupying Power, to immediately ease this blockade.

It also reiterated its request to the Director-General to upgrade, as soon as possible, the UNESCO

Antenna in Gaza in order to ensure the prompt reconstruction of schools, universities, cultural heritage sites, cultural institutions, media centres and places of worship that have been destroyed or damaged by the consecutive wars on Gaza.

The UNESCO resolution called upon the secretary general to continue her active involvement in the reconstruction of Gaza’s damaged educational and cultural components.

It also reaffirms that the two concerned sites located in Al-Khalīl/Hebron and in Bethlehem are an integral part of Palestine.

The resolution disapproved the ongoing Israeli illegal excavations, works, construction of private roads for settlers and a separation wall inside the Old City of Al-Khalīl/Hebron, that harmfully affect the integrity of the site, and the subsequent denial of freedom of movement and freedom of access to places of worship, and urges Israel, the occupying Power, to end these violations in compliance with provisions of relevant UNESCO conventions, resolutions and decisions.

It also deeply deplored the new cycle of violence, since October 2015, in the context of the constant aggressions by the Israeli settlers and other extremist groups against Palestinian residents including schoolchildren, and asks Israel, the Israeli authorities to prevent such aggressions.

It decided to include these matters under the item entitled “Occupied Palestine” in the agenda of the Executive Board at its 200th session, and invited the Director-General to submit to it a progress report on these matters.

The resolution is scheduled to be approved next week by UNESCO’s Executive Board.

Some 26 nations abstained from the vote and two were absent all together.

The six countries who voted in support of Israel were: the United States, Great Britain, Lithuania, the Netherlands, Germany and Estonia. 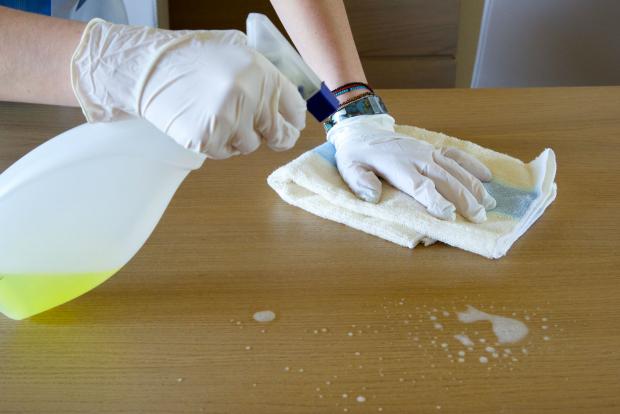 Use of cleaning products affect lung function, more in women than in men: Study