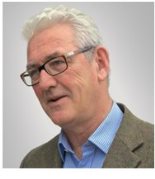 While the West turns a blind eye, the Saudis wage economic war and foment extremism

King Salman has lived up to the House of Saud’s reputation for Gatsby-like excess by having a beach on the Riviera closed so he could have it to himself. That and his objection to being guarded by female gendarmes provoked a public backlash, which ended in the Saudi monarch and half of his 1,000-strong entourage stomping off to Morocco, where a warmer welcome awaits.

But the king’s antics on the world stage, rather than on his holidays, are much more troubling. Instead of focusing on Iran as public enemy number one in the Middle East, it’s time we took a cold, clear look at Riyadh’s disturbing agenda and its role in exporting terrorism.

Saudi Arabia, dominated by the majority Sunni branch of Islam, pretended to welcome last month’s deal to lift sanctions on Iran in return for international inspections of Tehran’s nuclear programme. In truth, the Saudis are convinced that Iran, ruled by the minority Shia branch, is bent on regional hegemony, using armed proxies such as Lebanon’s Hezbollah and the Yemeni Houthi, as well as stirring up trouble in Bahrain and Riyadh’s own oil-rich eastern province where most of the region’s downtrodden Shia languish. Yet this conspiracy theory fails to take into account the many different loyalties of Shia throughout the region, who do not see themselves as a united front.

Saudi Arabia has a stronger claim to mounting conspiracies — since the 1970s it has used its petrodollar wealth to build a global nexus for the propagation of Wahhabism, an ultra-conservative branch of Sunni Islam in which hatred of the Shia is matched only by rampant antisemitism. The West turned a blind eye to this as long as it shored up an ally against revolutionary Iran and Soviet-occupied Afghanistan.

The 15 Saudis among the 9/11 hijackers forced a brief reappraisal of our ally, but not enough to prevent part of a Congressional report into Saudi involvement in the attacks remaining classified. Recently leaked diplomatic cables reveal Saudi Arabia using blackmail, chicanery and money to limit what it sees as untoward Shia influence among Muslims in Africa and Asia, even though in the Caucasus it is Russia that is encouraging Iran to proselytise Shia Islam.

But the new regime of 79-year-old King Salman and his ambitious but inexperienced son, deputy crown prince Mohammed, is causing other concerns. It has waged economic warfare on its closest ally by increasing oil production to harm America’s shale sector and the banks that leverage the wells. This is despite Riyadh burning through its $737 billion sovereign wealth fund to buy off its restive population, and to cover a war in Yemen that has, as predicted by outsiders, spilt over its southern borders. Cack-handed Saudi diplomacy meant that client states such as Egypt and Pakistan declined to send ground troops in support.

The southern war is another factor in Saudi Arabia’s failure to make headway to the north in the war against Islamic State, in which Saudis are the second-largest contingent in the American-led coalition. Worse, the ruling clique in Riyadh has been reappraising its relations with the Muslim Brotherhood, despite rejoicing when they were ousted from power in Egypt last year by General Sisi. It has just installed a leading light of the Yemeni branch of the brotherhood as governor of Aden, while Khaled Mashal, the leader of Hamas, dropped in on the Saudi royals during a recent pilgrimage to Mecca. This is the man whom Riyadh’s new Israeli allies of convenience tried to assassinate by injecting poison into his ears in 1997. One of Mashal’s operatives was responsible for the abduction and murder of three Israeli teenagers last year.

We are told frequently about the need to tackle the sort of extremism that breeds Islamist terrorism. A good place to start would be Saudi Arabia’s global campaign of political-religious subversion through its funding of extremist schools, or madrassas, around the Middle East, north Africa, Pakistan and Afghanistan.

Sadly, our dependence on the kingdom’s largesse in awarding contracts to British defence companies suggests that we will continue to turn a blind eye to this most dangerous “ally”.

Influences of a corrupt community

One thing that deserves mention is that a