The 10th Session of the Islamic Conference of Information Ministers (ICIM), began here on Tuesday.

Information and Communication Ministers and other senior officials from the Organization of Islamic Cooperation (OIC) Member States are taking part in the three-day conference with the theme of “Media Convergence for Peace and Calm in the Islamic World”.
In his address, Iran’s First Vice President Dr. Ishaq Jahangiri stated that the Islamic World is facing incessant attempts by the Western media to aggressively pursue Islamophobia campaign. He noted that acts of violence, which are being perpetrated by terrorist gangs under the name of Islam, are contributing to further consolidating Islamophobia.
He pointed out that the existing deep gap in exchange of information and the dominance of the Western media in various fields have contributed to widen the spectre of Islamophobia. Dr. Jahangiri asked for the deployment of new communication and information technologies, and utilization of the strategic and effective potentials of the media to remove the misconception about Islam and its sublime values and principles.
In his speech, OIC Secretary General Iyad Ameen Madani emphasized that the acts of extremists, have provided fuel and weapon for the hate rhetoric against Islam, known as Islamophobia. The Secretary General addressed another challenge which faces the Islamic World, namely, the engagement of media outlets of some Member States in fierce and unabated media campaigns against other Member States. He asserted the importance of discussing public issues objectively and transparently without recourse to criticizing, maligning and vilifying other Muslim communities due to political differences.
He recalled the draft code of conduct for media institutions and media discourse, which was mooted by the 7th and 8th ICIMs but has yet to be materialized due to the reservations expressed by some Member States. He maintained that it is important to agree upon a framework of ethics that provides professional criteria for media coverage.
In his statement, Iran’s Minister of Culture and Islamic Guidance Ali Jannati, chairman of the session, stressed that Islamic States must enhance their media linkages so that they can confront attempts to widen division. He suggested that joint action and collaboration is the only solution for ensuring a bright future for the Islamic Ummah.
Jannati called for finalizing the restructuring process of the International Islamic News Agency (IINA), the Islamic Broadcasting Union (IBU), and the establishment of an OIC Satellite channel.
Gabonese Ambassador to Saudi Arabia and Permanent Representative to the OIC Ismail Lingongo, whose country chaired the 9th ICIM delivered a statement in which he thanked the OIC Secretary General for his tremendous efforts aimed at implementing the resolutions of the 9th Session.
The Conference, which will conclude on Thursday with the issuance of the Tehran Declaration, is due to discuss nine resolutions, including the role of the media in OIC Member States in supporting the cause of Jerusalem and Al-Aqsa Mosque, and internal and external media action of OIC information department in cooperation with OIC Member States and international media institutions.
The resolutions of the Conference also include: Supporting the Work of Joint Islamic Media Action Institutions; Supporting the Implementation of the Special Media Program Highlighting Africa’s Position and Role in the Muslim World and the Adaption of the Program to Other Regions; Media Coordination and Cooperation between the OIC and its Institutions to Serve the Causes of the Muslim Ummah; Progress Made in the Project of Launching OIC Satellite Channel; Supporting the Promotion of the Media Visibility of the Organization of Islamic Cooperation (OIC) in Pioneering Cultural Exchange, Development and Peace; Boosting the Capacity and Productivity of Journalists and Media Institutions in the Member States and Enhancing Cooperation among them; and Establishing a Publications Unit within the Information Department of the OIC General Secretariat. 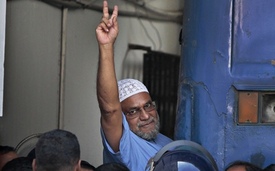 Final Declaration of the International Conference to Support of Yemeni People