U.S. President Barack Obama warned on Sunday against “loose talk” of a war with Iran ahead of a crucial meeting where he plans to press Israel’s

prime minister to avoid a premature strike on the Islamic Republic’s nuclear facilities.
Obama, who will host Israeli Prime Minister Benjamin Netanyahu for talks at the White House on Monday, pledged his staunch support for the Jewish state and said military action remained an option to stop Iran from acquiring a nuclear weapon.
But in a speech to the pro-Israel lobbying group AIPAC, Obama called for more time to allow international sanctions to work and said they were having an effect in pressuring Iran.
Amid speculation that Israeli might move on its own to strike Iran’s nuclear facilities, Obama said too much talk of war could be counterproductive.
“I would ask that we all remember the weightiness of these issues; the stakes involved for Israel, for America, and for the world. Already, there is too much loose talk of war,” Obama said, adding that such talk was benefiting Tehran because it was leading to higher prices for Iranian-produced oil.
Obama last week issued his most direct threat yet of U.S. military action against Iran, saying in an interview with the Atlantic magazine, “I don’t bluff.”
However, as he did in the AIPAC speech, Obama argued in the interview for focusing on sanctions as the course of action with the most likely chance of success. 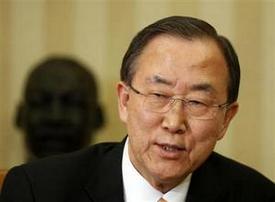