The World Health Organization WHO welcomed on Sunday the decisions adopted unanimously by the member states in the Framework Convention on Tobacco Control (WHO FCTC).

“The fourth session of the Conference of the Parties (COP4) comes as a number of countries are facing growing pressure from the tobacco industry,” said the WHO.

In response, Parties to the Convention adopted a Declaration proposed by the host country, Uruguay, reaffirming their strong commitment to prioritize health measures and to exchange information on the industry’s activities which attempt to interfere with the implementation of public health policies.

The Conference decided that: smoking cessation services should be integrated into national health systems to make them more available for increasing number of smokers who wish to quit; and parties should establish an infrastructure and build capacity to support education, communication and training, thereby raising public awareness and promoting social change. They agreed also that flavoring ingredients that increase attractiveness of tobacco products should be regulated in order to reduce the number of new smokers, especially among youth. In addition the report on price and taxation policy of tobacco products was discussed and delegations agreed to establish a working group tasked with further work and possibly preparing the guidelines for implementation.

Furthermore, the member states have to continue the work on economically sustainable alternatives to tobacco in order to find appropriate policy options and recommendations.

The delegations also decided that negotiations on a protocol to combat illicit trade in tobacco products should continue with the aim of completion in 2012. In addition, the parties adopted decisions engaging cooperation with international organizations and bodies in promoting treaty implementation and strengthening assistance to developing countries to meet their obligation under the Convention.

The Conference of the Parties also decided to harmonize the data collection initiatives in the area of tobacco control and to synchronize the cycle of Parties’ implementation reports to the biennial cycle of the sessions of the COP.

Other areas where further work is mandated include control and prevention of smokeless tobacco products and “electronic cigarettes”; liability with regard to the health effects of tobacco consumption; and cross-border advertisement. The Conference is the governing body of the WHO FCTC and, as of November 2010, is comprised of 171 Parties to the Convention.

The WHO FCTC is the first international treaty negotiated under the auspices of WHO and provides a new legal dimension for international health cooperation.

The Uruguay meeting reviewed the progress in implementation of the Convention and adopted new guidelines that provide further direction to Parties on how to implement several of treaty’s provisions. 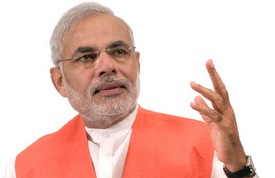